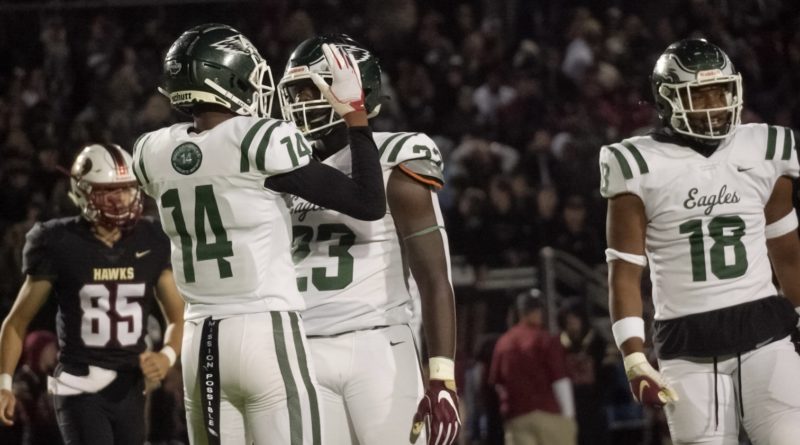 Richard Ransom’s pick-six with just over five minutes left in the game proved to be Collins Hill’s dagger in a 40-10 road win to knock Mill Creek from the ranks of the unbeaten.

Mill Creek climbed back into contention with a third quarter touchdown reception by Caleb Downs to make it 24-10 and had the ball in Collins Hill territory trailing by 17 when Ransom made the pick to effectively end the game.

Eagles junior Jayden Davis grabbed another pick-six with less than a minute to go.

Collins Hill once again played without wide receiver/defensive back Travis Hunter, who told a sideline reporter during game that the only timeline for his return is “when I’m 100 percent.”

Senior Collins Hill running back Spenser Anderson had a rushing and receiving touchdown.