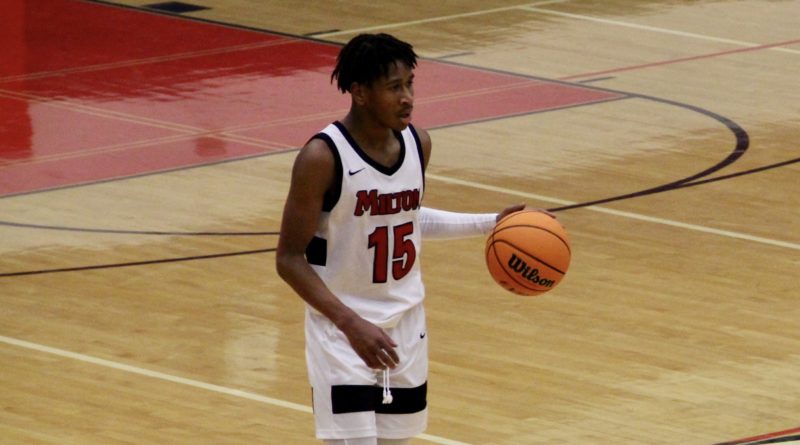 Story and photos by Zach Shugan

The temperatures are dropping in Georgia, which means it’s almost time for high school gyms to turn into hideaways from the cool air — and battlegrounds for hoopers.

Oct. 25 marked the first day the GHSA allowed basketball teams to practice, which for many meant holding tryouts. Soon enough, scrimmages will be played and the regular season will be underway.

Here are some of the top teams and players to watch this year in the Peach State.

When it comes to girls basketball in Georgia, no one has done it better of late than Westlake. The Lions won their fourth consecutive state title last season and won a national championship at GEICO Nationals.

A huge part of their success was Raven Johnson, an All-American guard gearing up for her freshman season at South Carolina. Westlake will look to seniors Camerah Langston and Rhyan Wilson to take the reins in Johnson’s absence.

Repeating as 6A state champions won’t be easy for Westlake with teams like Kell chasing it down. The Longhorns, who were eliminated by Westlake last season in the state quarterfinals, are led by a dynamic scorer in Crystal Henderson.

Her brother Scoot, one of the top recruits in the country, made national headlines earlier this year when he decided to forgo his senior year at Kell and join the professional ranks of the G League at 17 years old. Scoot’s story is worth mentioning here but more importantly, his sister — along with a strong supporting cast — have Kell in a position to make a deep playoff run this season.

The defending 7A state champion Marietta should be a force to be reckoned with once again in 2021-22. The Blue Devils still have point guard Chloe Sterling, who made several All-State teams as a junior, plus the bulk of last year’s team which had only three seniors.

To repeat as state champions in a deep 7A class, the Blue Devils will have to outlast some tough teams, including a pair of region foes from nearby Cherokee County with championship aspirations.

Woodstock, which made it all the way to the 7A state title game against Marietta, returns senior point guard Bridget Utberg, a Central Michigan commit who can light it up from long range.

Then there’s the Wolverines’ fellow Region 5-7A member Cherokee, a perennial powerhouse over the past 15 years. The Warriors split two regular-season games against Woodstock and then defeated the Wolverines in the region championship game to earn their fifth consecutive region title.

Their season came to an end with an overtime loss to Marietta in the Elite Eight.

Milton enters the season with nationwide attention after returning a bulk of its roster from a team that went 28-2, won the 7A state championship and appeared in GEICO Nationals.

The Eagles, No. 3 in SBLive’s inaugural Power 25 rankings, are led by their dynamic backcourt of Bruce Thornton (four-star Ohio State commit) and Kanaan Carlyle (uncommitted five-star junior in the featured photo above), who have played together for years.

As if the Eagles needed more firepower at the guard positions, three-star combo guard Chase Cormier transferred in from Class A Private’s Greenforest. When football season ends for Milton, the nation’s No. 1 recruit in the junior class, L.T. Overton, rejoins the basketball team and is a walking double-double.

Ohio State and North Carolina have offered the 6-foot-5 defensive end the chance to play football and basketball in college.

The team Milton defeated in last season’s 7A state championship, Berkmar, finds itself in a similar position as the Eagles. The Patriots are a talented group with experience playing together, which is invaluable in today’s age of transfers.

They bring back 6-foot-10 Ole Miss commit Malique Ewin at center, along with standout seniors Jermahri Hill and Jameel Rideout in the backcourt. It’s very possible Berkmar and Milton will run it back for a state championship this season, and the two have an early-season rematch in December as part of the Hawks-Naismith Classic.

Another team starting the season with high expectations is Wheeler. The Wildcats are seemingly in the mix for a state title every year under head coach Larry Thompson, and this season should be no different.

The defending 6A state champs, who also won the 7A state championship in 2019-20, lost some key seniors from last year’s squad.

Still, the Wildcats have five-star junior Isaiah Collier running point and senior Radford commit Kyle Burns alongside him in the backcourt. Sophomore Klairus Amir, a 6-foot-7 wing with Australian roots and college offers from Penn State and Xavier, transferred in from Osborne.