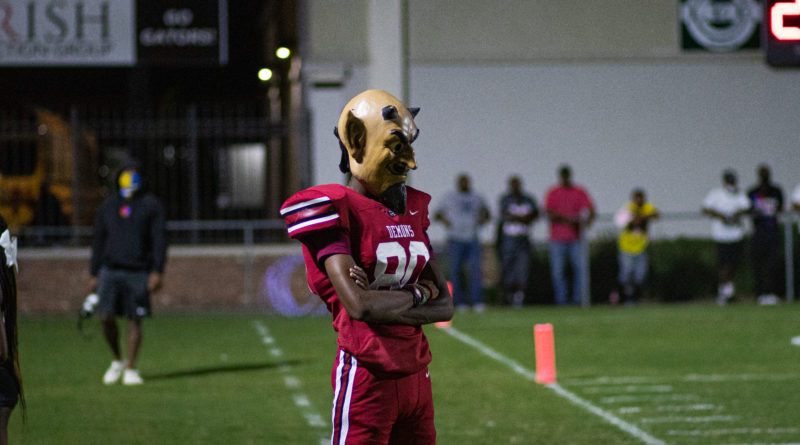 Warner Robins rebounded from its first loss of the season against Ware County by getting back to its blowout-victory ways, while Thomasville’s big win over Fitzgerald earned its debut appearance in the Top 25.

Collins Hill beat Mountain View 28-0 in Week 10 and has been No. 1 since Week 1, but its biggest test of the season comes Friday at Mill Creek.

North Cobb achieved its second shutout of the season with a 42-0 win over Hillgrove.

Milton remains at No. 3 after a 44-34 win over Roswell in a game that wasn’t as close as the final score suggests.

The Buford defense hasn’t given up a single point for four weeks straight after shutting out Lanier 56-0.

Mill Creek remains undefeated after scraping by with a 17-14 win vs. Newton in a game where all the scoring came in the first half.

Woodland had no answers for Cartersville’s offense and couldn’t figure out how to get past the Hurricanes’ defense in a 49-7 rout.

Lee County cruised past Northside 41-7 in Week 10 and finishes its regular season Friday at Valdosta.

Ware County had a bye in Week 10 and will face Veterans this Friday.

After suffering its only loss to Ware County last week, the Demons returned to their winning ways in Week 10 after beating Wayne County 70-14.

Langston Hughes’ defense was dominant as the Panthers rolled to their seventh straight victory with a 28-7 win over Lovejoy.

Jefferson remains undefeated after a blowout win vs. Chestatee and has outscored opponents 315-64 this season.

Brookwood running back Alexander Diggs led his team to a 35-14 win over Grayson as he finished with 234 total yards and three touchdowns.

Walton bounced back from its loss to North Cobb with 45-14 win over North Paulding.

North Atlanta had no answers for Westlake as the Lions won 65-18 in Week 10.

Calhoun, which has outscored its opponents 387-171, beat Cass 35-14 and faces a big challenge Friday at Cartersville.

Another week, another blowout win for Benedictine, which beat New Hampstead 70-28.

Marietta re-enters the Top 25 after a 35-12 win over Harrison led by quarterback Tyler Hughes, who is third in the state in passing yards

Trinity Christian remains undefeated after a 55–14 win over Brookstone and plays at winless Heritage on Friday.

Three of Woodward Academy’s eight wins have been shutouts, including its 48-0 win over Forest Park in Week 10.

Grayson couldn’t get much going on offense against Brookwood in a 35-14 loss and finishes its regular season Friday at Newton.

Thomasville won a battle of one-loss teams with a hard-fought 15-8 victory over Fitzgerald.