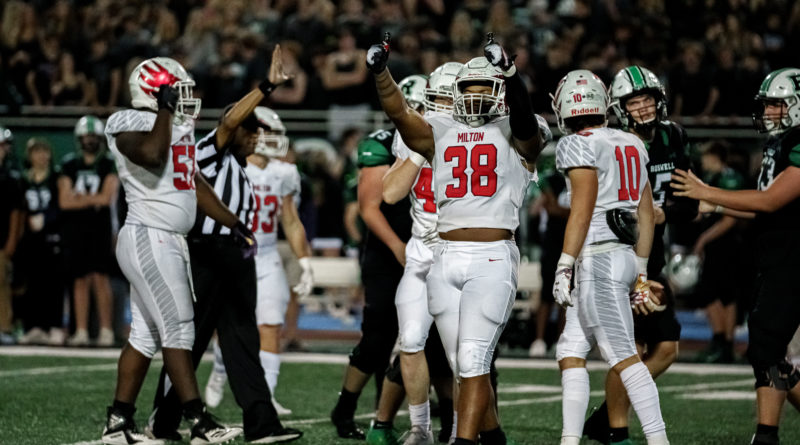 Milton dominated its rivalry game at Roswell on Friday night more than the final 44-34 score would indicate, as running back Jordan McDonald and the LT Overton-led defense controlled the game.

Roswell scored two late touchdowns, one after recovering an onside kick, to tighten up the score.

McDonald rushed 10 times for 132 yards and three touchdowns, and he also threw and caught a touchdown pass.

The Milton defense forced a safety in the first half when Roswell quarterback Robbie Roper was called for intentional grounding in the end zone and had Roper on the run all night long.