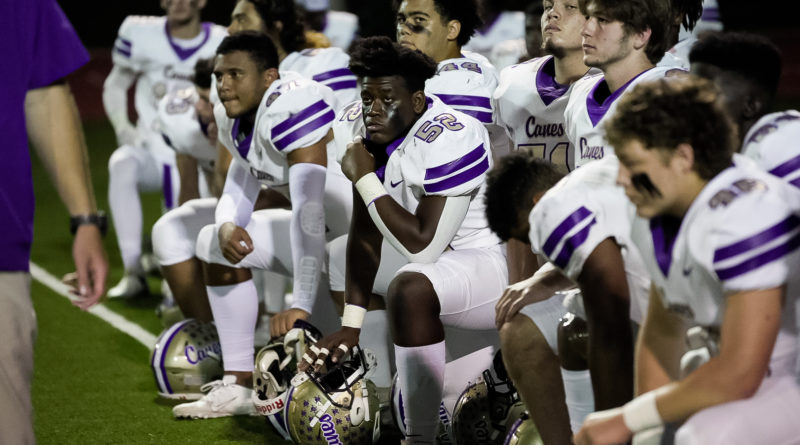 This time next year, high school sports in Georgia will look much different.

The dynamics of where parents choose to send their kids will evolve. New rivalries will be formed.

The Georgia High School Association recently approved a plan that will bring major changes with the upcoming reclassification prior to the 2022-23 school year. The plan calls for an increase in the enrollment multiplier from 2.0 to 3.0 for all out-of-area students at private and city schools.

Proponents of increasing the multiplier, which was first put in place two years ago, argue it will continue to help level the playing field between public schools and those who have the advantage of taking in students from outside their school zone.

The change will affect some of the state’s top athletic programs, such as Blessed Trinity, Calhoun, Cartersville, Marist, St. Pius X and Woodward Academy, all of which are part of Class 4A or 5A but would likely move up to 6A or 7A.

Buford, Carrollton and Valdosta, three city schools in 6A, could also potentially see a bump in classifications.

With over 450 member schools, there are bound to be some who won’t like the change by the GHSA. Many of those unhappy with the multiplier increase are private schools, especially the larger ones.

According to numbers released by GHSA for the previous realignment before the 2020 season, Blessed Trinity had a total of 970 students. Without the multiplier, the Titans likely would have competed in Class 3A, but their large number of students from outside the area bumped them up to 5A with schools who have hundreds more students.

“We want our kids to be able to participate within the size of school we are,” Blessed Trinity athletic director Ricky Turner told the Atlanta Journal-Constitution.

When head football coach Tom Hall first arrived at Blessed Trinity over a decade ago, the Titans competed in Class 2A. That turned into 4A, and 4A turned into 5A. Now it appears Blessed Trinity is moving on up once again, possibly even to GHSA’s highest classification of 7A.

“It’s kind of crazy the way it’s rolling right now,” Hall said. “5A is no joke. You have Warner Robins, Ware County, Coffee, Creekside, Calhoun, Cartersville, St. Pius. This is a tough classification. To move up even more, it’s a little alarming, but we’ll see how it shakes out. We can’t control it.”

Calhoun, a city school in the same region as Blessed Trinity (despite the 60-mile gap between them), is another school that could see a bump to 6A or 7A with the new multiplier in effect. The Yellow Jackets have belonged to the GHSA for over 70 years and hadn’t competed in a classification higher than 3A until 2020.

“Wherever we fall, regardless of whether we like it or don’t like it, we’ll be prepared to play,” Calhoun head coach Clay Stephenson said.

Another aspect of joining a new classification is joining a new region, which doesn’t just affect the larger private and city schools.

If Blessed Trinity, for example, moves all the way up to 7A, the Titans could find themselves in the same region as schools like Alpharetta, Milton and their neighbors across the street at Roswell — assuming the GHSA prioritizes geography when coming up with new regions (which isn’t always the case).

Schools like Blessed Trinity have always had the ability to win championships at the same time as nearby public schools. The football teams from B.T. and Milton both won it all 2018, and the girls lacrosse teams are perennial powers that both won state titles last year.

Beginning next year, teams like them could be competing against each other for region and state titles, and the impact could alter the course of schools and athletic programs across the state.

For now, while the state is in the thick of football season, realignment seems like an afterthought to many. Changes are coming, though, and they’ll rearrange the landscape of high school sports in Georgia.

During the previous realignment cycle, the GHSA released enrollment numbers and preliminary classifications in November. Schools then have the chance to appeal their placement before officially reclassifying.