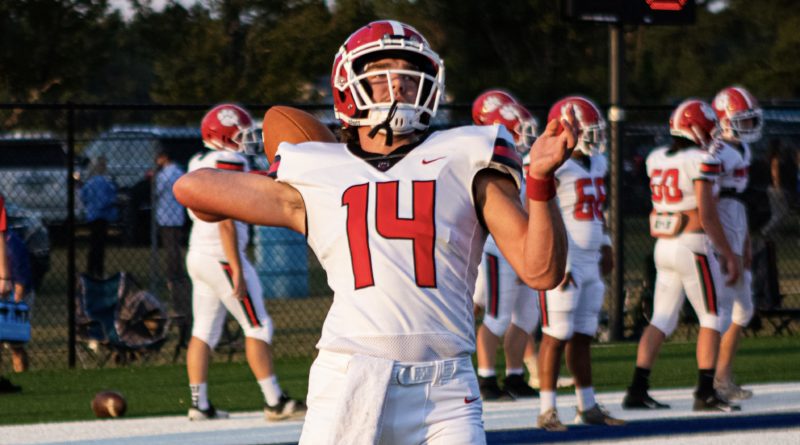 Rabun County quarterback Gunner Stockton tied Trevor Lawrence’s record for touchdown passes in a career with his third TD pass of the night Friday against Elbert County, all in the first half.

A 4-yard TD strike to tight end Baxley O’Brien toward the end of the first half gave Stockton 161 in his high school career, tying the current Jacksonville Jaguars quarterback who starred for Cartersville High School from 2014-17.

Stockton added another two touchdowns on the ground in the first half as Rabun County took a 42-7 lead into the break, but the second half was full of punts and one field goal, leaving a 45-7 final.

Stockton (photo by Zach Edmondson) will be playing for the Georgia Bulldogs next season.