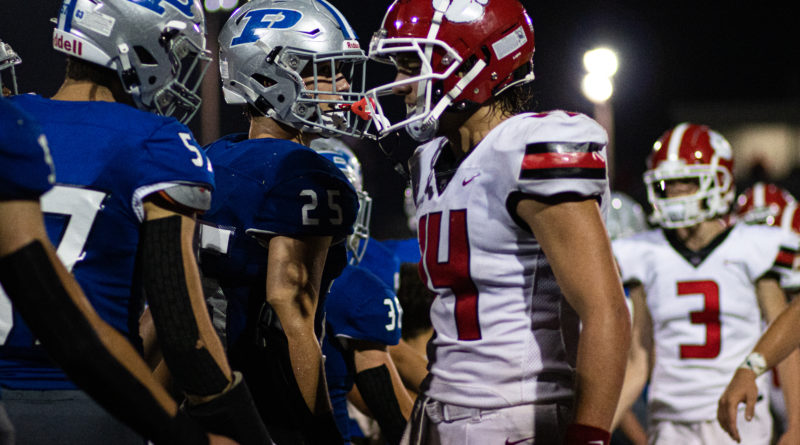 BLACKSHEAR, Ga. — Rabun County hadn’t been tested for weeks, but Gunner Stockton and the Wildcats passed through Pierce County with a big win Friday night.

This Week 7 matchup was the first bit of real competition Rabun County had seen since its 22-13 loss to Jefferson in the season opener, but the Wildcats’ second close game of the season went their way this time, 28-21.

Stockton had nothing but respect for Pierce County and the challenge the Bears presented throughout the game.

“The atmosphere was awesome,” the future Georgia quarterback said. “It was just two good football teams going at it, so it was really awesome.”

Stockton put up the first points of the game on a 10-yard rushing touchdown in the first quarter.

The score at the half was 7-7 and it felt like an upset was brewing, but Stockton took over.

He threw three second-half touchdown passes: a 6-yard pass to tight end Baxley O’Brien, a 22-yard pass to Jaden Gibson and an 8-yard pass to running back Lang Windham.

Gibson hauled in six passes for 157 yards and a score.

Wide receiver Daytin “Playmaker” Baker, as he’s known around Pierce County, accounted for all three of the Bears’ touchdowns.

After his 58-yard run in the first quarter, he found the end zone twice in the fourth quarter — on a 2-yard run and a 62-yard reception.

Baker finished with 283 yards receiving and one touchdown on the night while adding 96 yards on the ground and two touchdowns on 10 carries.

Bell finished 3-of-10 for 98 yards passing and one touchdown. He added 80 yards on the ground on 10 carries.

Despite the lopsided wins Rabun County has notched this season, head coach Jaybo Shaw knew the Wildcats would have their work cut out for them at Pierce County.

“They’re a top-five defense in a larger classification than us, and they pride themselves on running the football,” Shaw said. “I have a ton of respect for their coach, this football program and this high school because of what they stand for. It was two really good teams battling it out, and we had a couple of explosive plays late in the game. I think that was the difference.”

“We’re going into region (play), so we’re focusing on winning the region championship and then the state championship,” Stockton said.