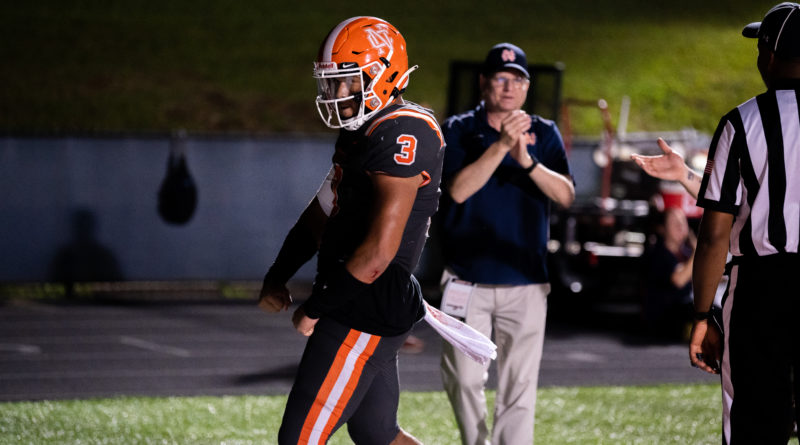 Grant threw for 305 yards and four touchdowns, three of which came in the first half in a 50-21 win over North Atlanta.

Horn was 28-of-35 passing for 290 yards and two touchdowns in a shutout win over East Coweta.

Mumu had two interceptions, returning one 39 yards for a score in the loss to Mill Creek.

Hunter finished with 134 yards of total offense and scored on a reception, a run and an interception return for a touchdown in the shutout win over East Coweta.

Castellanos rushed for 118 yards and two scores while adding two passing touchdowns in a 49-42 loss to Benedictine.

Bryan was all over the field for Benedictine, racking up 15 catches for 212 yards and a score vs. Ware County.

Kromah recorded two rushing scores and a 94-yard kick return for a touchdown in Lee County’s first loss of the season, a 56-38 defeat at Warner Robins.

Harris recorded two interceptions, including one that he returned for a touchdown to cut into Douglas County’s lead and give Alexander momentum heading into halftime, but Alexander fell 35-20.

Sapp returned an interception 55 yards for a touchdown in the 49-42 win over Ware County.

Geriner threw for 440 yards and scored five total touchdowns in the thrilling win over Ware County.

On the most controversial play of the game, Barkley recovered an apparent fumble at the goal line as Benedictine QB Holden Geriner bobbled the snap trying to push it in on a quarterback sneak. The game was televised, and instant replay made it clear that Geriner never had possession before entering the end zone, but the play was ruled a Benedictine touchdown, giving the Cadets a 49-42 win.

Lewis threw for 263 yards and two touchdown passes, including a 95-yard pass to Quin Smith as Calhoun beat 3A No. 6 Cedartown 31-7.

Alston rushed for three touchdowns and caught another in a 29-14 win over Banneker.