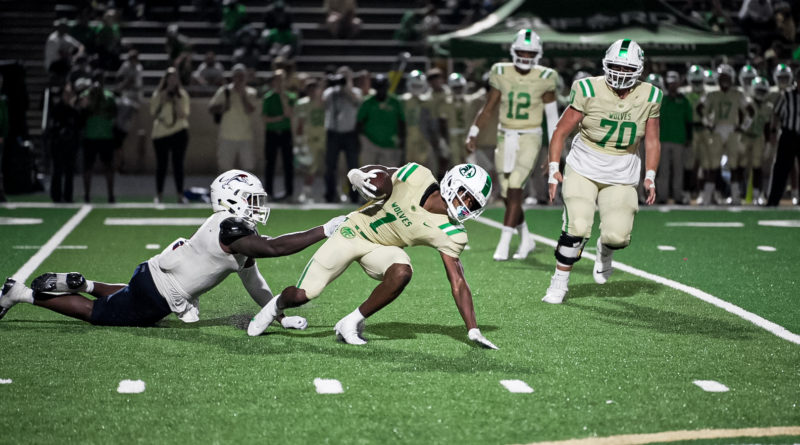 Chaminade-Madonna made the long trek north from Miami carrying a strong defensive reputation, and the Lions didn’t disappoint, shutting out one of the top teams in the country in the Buford Wolves.

The lone touchdown of the game came from Chaminade-Madonna sophomore running back Davion Gause, who rushed for 197 yards in the 7-0 upset win at Buford.

Gause’s 60-yard TD came in the first quarter, and then it was all defense from there, with Alabama commit Jake Pope leading Buford and edge rusher Kenyatta Jackson leading Chaminade-Madonna.

Despite not resulting in any scores, Gause had multiple big runs in the fourth to keep the ball out of Buford’s hands and preserve the win.