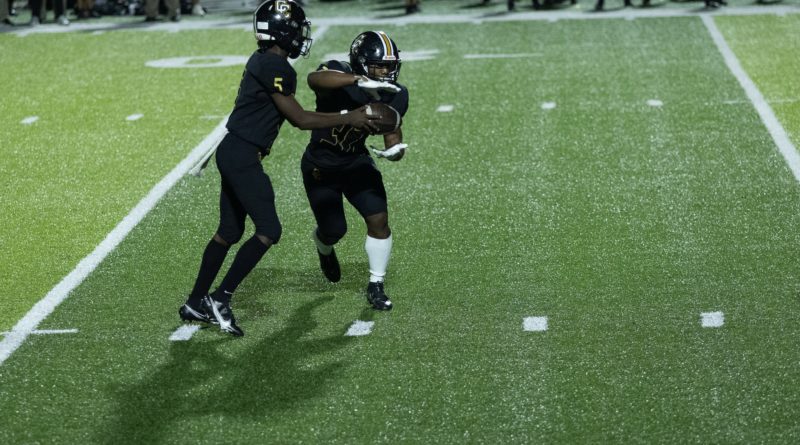 Colquitt County traveled to Death Valley on Friday night to face Valdosta and left with a rewarding 48-42 win.

This was the 107th meeting between the two teams in the oldest high school football rivalry in South Georgia.

The Wildcats had to forfeit last week’s game against Bainbridge due to COVID-19 health and safety protocols, but they took the field to face Colquitt County on Friday night in what proved to be a back-and-forth thriller.

Valdosta scored first after recovering a fumble on the opening kickoff, and then running back Kaleb Robinson punched it in from a yard out to put Valdosta up 6-0 after a failed PAT.

Colquitt answered on the ensuing drive when wide receiver Dijmon Wheeler scored on an end-around from 2 yards out.

Colquitt (3-1) kept the lead from there until the fourth quarter when Valdosta running back Terrell Denson broke loose for a 55-yard rushing touchdown that put the Wildcats up 35-34.

Again, Colquitt answered on the ensuing drive as quarterback Niko Fann connected with Florida State commit Landen Thomas on a 59-yard touchdown pass to put the Packers back on top 41-35.

Robinson punched in one more score for the Wildcats on a 1-yard rushing touchdown that gave the Wildcats a 42-41 lead.

But on the next drive, Fann threw a 41-yard strike to get the ball to Valdosta’s 3-yard line, and running back Charlie Pace ran in the game-winning 1-yard score of his own with 1:10 left in the game.

Valdosta (1-3) racked up 244 yards rushing, while quarterback Joseph Gardner finished 6-of-20 passing for 81 yards with a touchdown and an interception.

Fann scored twice through the air while Pace ran for four touchdowns, including the game-winning score.

Besides the long history between the two schools, there’s been some interesting coaching crossover in recent years.

Valdosta head coach Shelton Felton once served on the staff of Rush Propst at Colquitt in 2013 and 2014 until scandals forced Propst out.

Propst took the head coaching job at Valdosta last year, but after more scandals allegedly involving paying for players to come play at Valdosta, he was again ousted and replaced by Felton, his old assistant.

Felton had been the outside linebackers coach at the University of Tennessee before accepting the job at Valdosta.