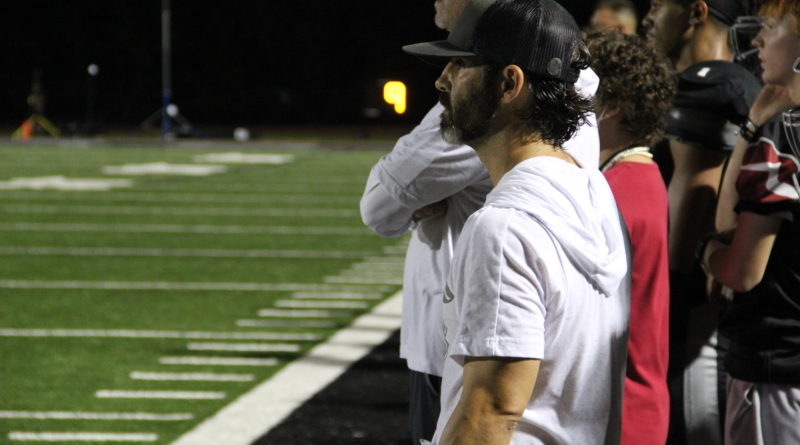 ALPHARETTA, Ga. — Jason Kervin remembers visiting one of Hoover’s practices in the mid-2000s. At the time, he was the offensive coordinator at Calera, a school about 30 miles south of Hoover.

But Hoover — a perennial powerhouse in Alabama — was on another level, and Kervin was enamored.

“I dreamed of coaching there on that practice field,” he said. “I would watch them practice and I thought, ‘I’m going to get here.’”

It wasn’t long before Kervin’s dream became reality. Hoover announced the hiring of Josh Niblett before the 2008 season, and the new head coach hired Kervin to his coaching staff.

He ended up spending 12 years on the Buccaneers’ sideline, first as an assistant, then as the offensive coordinator, winning six state titles in Alabama before moving to Georgia and taking over as Alpharetta’s head coach prior to the 2020 season.

Which brings us to the present, fall 2021, Kervin‘s second season as Alpharetta’s head coach. Since playing their inaugural season in 2004, the Raiders have never faced an out-of-state opponent.

That will no longer be true after Friday, as the Raiders are set to travel across state lines and for the first time play a team from outside Georgia. And who exactly is Alpharetta’s opponent? Oh, just the Hoover Buccaneers, Kervin’s former home and one of the most well-known high school football programs in the country.

Hoover has won 13 state titles, including 11 since the turn of the century. The program, and in turn the school, gained national notoriety as the focus of MTV’s hit show “Two-A-Days” which aired from 2006-07.

Boarding a bus to travel out of state and take on another team is enough for any player to circle the game on their calendar. Add to this the celebrity status of Hoover, and it makes for quite the introduction to interstate games for Alpharetta.

Of course, Kervin has arguably more reason than anyone to be excited (Alpharetta defensive coordinator Devon Earl could make a strong case, as he played at Hoover before graduating in 2013).

When Friday night rolls around, Kervin will face off against Niblett. He’ll watch his current players at Alpharetta take on the ones he used to coach at Hoover. The seniors on Hoover’s 2021 roster were sophomores in Kervin’s final year at the school.

Kervin’s connection to Hoover doesn’t just help explain how the matchup came to fruition. It makes Friday night all the more special for the players, coaches and fans of both teams.

Friday night will also be Hoover’s home opener, as the Buccaneers traveled to Georgia last week to open their season in the Corky Kell Classic. They defeated North Gwinnett 38-14, with over 1,100 Bucs fans reportedly in attendance at Mercedes-Benz Stadium.

The game against Alpharetta will be played right around the corner from Hoover High School at the Hoover Metropolitan Complex, often referred to as “The Met.” Kervin knows the stadium will be rocking.

“It’ll be their first home game at The Met. It’ll be the first time their home crowd gets to see them. We’re coming to town, an out-of-state team, so I know they’ll be excited about it. We’re looking forward to it.”

With that being said, he also knows Alpharetta can’t get too amped for the big-time matchup if it hopes to stand a chance at returning to Georgia victorious.

“We can’t get overhyped about it,” Kervin said. “We can’t make it more than it is. …We’ve been in some big games and played some really good teams before, so it’s not going to be completely out of water. …I know our kids will go compete. I know that’s going to happen. We’ve just got to see if we can calm them down and get off to a good start and not let them boat race us out of there.”

One thought on “Alpharetta set for historic matchup with Alabama power Hoover, plus a homecoming for Jason Kervin”