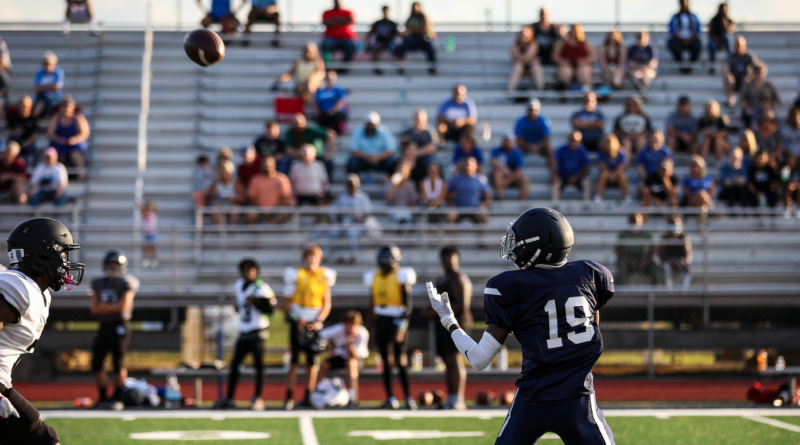 HOW THE SBLIVE GEORGIA TOP 25 FARED

Travis Hunter did it all on offense and defense, adding an interception, a tackle for loss and a TD pass to 232 yards receiving and two touchdowns.

The defending state champion Rams were stunned by Creekside in their season opener.

Lowndes came back to force overtime Saturday at Mercedes-Benz Stadium, but Walton prevailed thanks to a Sutton Smith touchdown.

Colquitt pulled ahead and maintained the lead after a clutch field goal by freshman Brett Fitzgerald.

Milton put up 45 points by the end of the third quarter and held Hapeville Charter scoreless through the fourth.

Langston Hughes fell to Newton in a season opener in which neither team scored until the fourth quarter.

In a rematch of the 2019 state championship game, Allatoona struck first but ultimately fell to Harrison in overtime.

Camren Bailey’s TD return after a blocked punt gave Valdosta a 7-0 lead, but it was all Warner Robins from there on Saturday.

River Ridge fell behind 10-7 in the third quarter but managed to put up 25 consecutive points en route to a victory.

Evans led Cross Creek when the game was called with five minutes left in the first quarter because of a severe thunderstorm.

In the first Corky Kell Classic game of the night Thursday, Westlake fought off Archer.

Once the Wolves put points on the board, they didn’t look back as they cruised to victory in their season opener.

Mill Creek dominated Saturday at Mercedes-Benz Stadium from start to finish, with one highlight being a 56-yard field goal off the crossbar by Trace Butcher.

Jafredrick Perry scored one of his three touchdowns on a 60-yard punt return Saturday at Mercer University to key Warner Robins’ win over Valdosta.

Cartersville had four safeties and pulled off a shutout.

GAC traveled to Tennessee, where Lipscomb’s offense and defense dominated the field as multiple Mustangs found the end zone.

Fitzgerald’s game against Cairo was postponed.

10 teams to watch this season in Georgia high school football