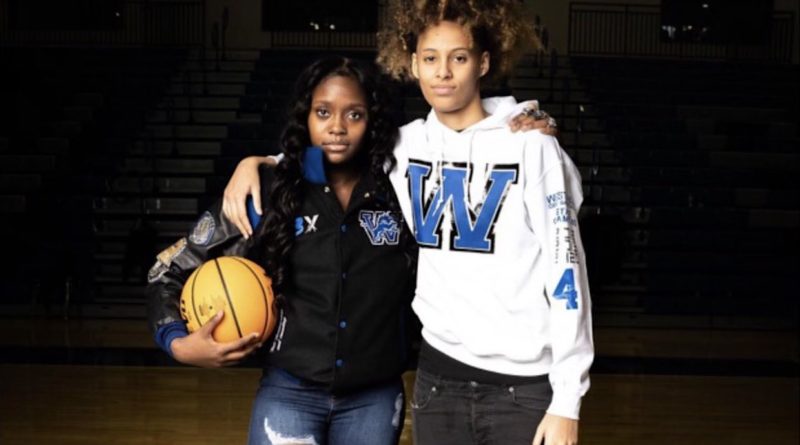 The 2021 Georgia high school girls basketball state finals tip off Wednesday and continue through Saturday. All seven state championship games will be played at the Macon Centreplex.

Here’s a look at the top players to watch across all seven state title games.

(The players are listed in order of when the state title games are being played. All game times are Eastern Standard Time).

A Mississippi State signee, Moore was voted Region 6 co-Player of the Year for A Private St. Francis. The 5-foot-7 senior is averaging 14.2 points, 3.3 assists and 2.8 steals.

Azar, a 5-foot-11 senior and Samford signee, is an excellent scorer who can knock down three-point shots with ease. She is averaging a team-best 19.9 points for A Private finalist Hebron Christian.

Fisher is averaging 15.5 points, 8.8 rebounds, 3.5 assists and 1.6 blocks. The 6-foot-2 senior has signed to play Division I college basketball for Rice.

The 5-foot-9 Gaines, a Clemson commit rated No. 52 overall nationally by ESPN, is averaging 20.3 points and seven rebounds. Carver is attempting to win its second 4A state title in three seasons.

Cody netted a team-high 17 points in the 2A semifinals as Josey slipped by Washington County, 47-43. The 5-foot-9 junior is averaging 8.9 points and seven rebounds for balanced Josey.

Ledford, a 5-foot-6 guard and the Region 7 Player of the Year, hit the game-winning basket in the 2A semifinals for Fannin County. The Rebels have won 17 straight games entering the finals.

A four-star recruit and ESPN’s No. 25 national prospect for the class of 2022, Bowles is a versatile perimeter player for Woodward Academy. The 6-foot-1 junior is averaging 22.8 points and nine rebounds.

Lewis, a 6-foot-1 junior guard, is averaging 17.7 points, 4.3 rebounds and 3.3 steals. Lewis and Sydney Bowles have been the leaders for Woodward Academy, which has won 20 straight games entering the 5A finals.

Chaney is putting up 11.1 points, 3.1 assists and 3.1 steals for the defending 5A champions. The 5-foot-9 senior will play Division I college basketball for Texas-Arlington.

One of the state’s most dominant players, Feagin is averaging 19.3 points, 10.4 rebounds and 4.1 blocks as a senior. The versatile 6-foot-3 forward is ESPN’s No. 4 overall recruit and is the reigning Georgia Gatorade Player of the Year. Feagin has signed with South Carolina.

A North Carolina A&T signee, Dorsey is averaging 22 points, 5.7 rebounds, 2.3 assists and 2.8 steals. The 5-foot-9 senior has scored 20 or more points in the last 12 games, including a 32-point outburst against Appling County in the 3A playoffs.

A three-star recruit for the class of 2022, Addie is a true point guard who can score inside and out. The 5-foot-7 junior is averaging 20.9 points, 3.5 assists and 3.9 steals for 3A Greater Atlanta Christian.

Flournoy, rated the nation’s No. 69 overall recruit by ESPN, is a point guard with a knack for scoring. The 5-foot-6 Vanderbilt signee has eclipsed the 2,000-point mark during her career for 6A Carrollton.

Obasuyl, a 5-foot-5 junior guard, was a first-team all-region selection playing alongside De’Mauri Flournoy. With Obasuyl and Flournoy leading the way, Carrollton has won 22 straight games entering the 6A finals.

Johnson does a little bit of everything for 6A Westlake, averaging 15.3 points, five rebounds, 5.7 assists and 3.8 steals. The 5-foot-8 point guard and South Carolina signee is rated the nation’s No. 2 overall recruit for the class of 2021 by ESPN.

Checking in at No. 39 overall nationally in ESPN’s class of 2022 rankings, Latson is a 5-foot-8 scoring guard who averages a team-best 23.1 points. Westlake has won the last three 6A state titles.

Rated the nation’s No. 61 overall prospect by ESPN, Turnage is a 6-foot-1 guard who is averaging 10.2 points and 6.9 rebounds. Turnage will play college basketball for Virginia Tech.

Mansfield, who was named First Team Class A Region 1 last season, can fill it up from the perimeter. She is trying to lead Calhoun County to their first girls basketball state title in school history.

McCrae is the senior leader on a Clinch County team that is seeking its fifth state championship in school history – and first since 1993. McCrae does a little bit of everything for the Panthers, including pulling down a remarkable 25 rebounds in their second-round win over Montgomery County.

A sophomore standout for Woodstock, Martin is putting up 14.8 points and 4.8 rebounds. Woodstock, a 75-58 winner over Brookwood in the 7A semifinals, is trying to win the program’s first state title.

Miller had a breakout performance in the quarterfinals, scoring 23 points against Newton. The 6-foot-1 sophomore had a double-double in the semis (11 points, 10 rebounds) and is averaging 14.8 points and 4.8 rebounds on the season.

Utberg has taken her game to another level in the postseason, notching four consecutive 20-plus-point games. The 5-foot-6 junior guard poured in a team-best 29 points in the 7A semifinals and is averaging 22.9 points and 4.5 assists.

An explosive 5-foot-6 point guard, Sterling is averaging 15.6 points and 6.8 rebounds as a junior. Sterling scored a career-high 33 points in Marietta’s 62-61 7A semifinal victory over McEachern. Marietta’s four postseason wins have come by nine total points.

The 6-foot-2 Walker had 13 points in the 7A semifinals and helped hold Georgia signee Jillian Hollingshead to 10 points. Walker will play college basketball for Michigan State and is averaging 18.2 points and 10.4 rebounds.