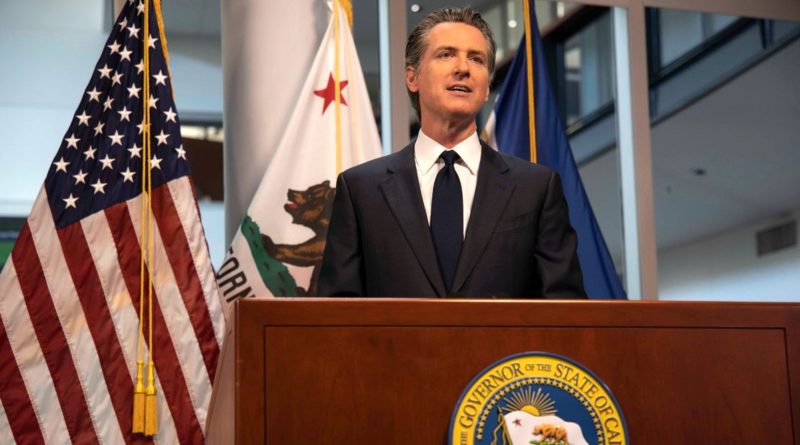 Progress is being made, but as of today every county in Southern California is in the purple tier for COVID-19 cases, which means cross country athletes are the only ones able to compete.

There is a lot of confusion about what needs to happen in order for other high school sports to be played, what role the CIF plays in allowing sports to return, and why the CIF recently decided to no longer allow athletes to play simultaneously with their club teams and high school teams.

Here’s an attempt to provide some answers:

WHAT NEEDS TO HAPPEN FOR SPORTS OTHER THAN CROSS COUNTRY TO BE PLAYED?

We’ve covered this topic extensively at SBLive, but I’ll admit it’s difficult to keep everything straight. Here are the sports and the tiers a county must be in for those sports to return:

Remember that there are two seasons of sports for the majority of Sections in the state. Season 1 consists of traditional competitive cheer, cross country, field hockey, football, gymnastics, girls volleyball, and water polo. The rest of the sports are in Season 2 and begin in either late February or March (some Sections have changed their calendars to allow sports that can currently be played to begin sooner, but that has not happened in any of the three Southern California Sections).

As of Feb. 6, in order to have a particular sport be played it needs to be in season and in the proper tier. For example, even though golf is a purple tier sport, it won’t begin until March in Southern California because it is a Season 2 sport. Football is in Season 1, but currently can’t be played until counties get into the orange tier. The last week a football game can be played is April 17th for the Southern Section and April 30th for the LA City Section. Football teams must practice in pads for at least two weeks before games are played.

Here are the requirements for each of the tiers:

Right now in LA County, there is a 12.4% positive test rate and 51.9 daily cases per 100,000 people. The County is trending in the right direction, but there is still more that needs to be done to move to the red tier.

The CIF’s sports medicine advisory committee recommended that all sports be allowed to play in the red tier in a proposal that was sent to the state in October. The state responded to that proposal with the current tier system on Dec. 14.

The CIF and Let Them Play California, an organization of parents, coaches and student athletes, have been meeting with government officials more frequently in recent weeks however in an effort to allow more sports to be played as soon as possible due to case rates decreasing across the state.

“As numbers have slowly gotten better, our number of meetings have increased with both the California Department of Public Health and the Governor’s office,” CIF State Executive Director Ron Nocetti said on Friday at the CIF State Executive Council meeting. “… I do feel that we’re close to getting some answers and we’re going to continue to fight for you to get those answers.”

Nocetti went on to say: “I would really encourage schools that are looking at canceling sports in the next few days or even a week, I implore you to try and hang on a little bit longer. I do feel that we’re close to getting some answers and we’re going to continue to fight for you to get those answers.”

WHY DOES THE CIF HAVE TO FOLLOW COUNTY HEALTH GUIDELINES?

Southern Section Commissioner Rob Wigod admitted that he was “frustrated” with the California Department of Public Health last month when asked about what the dialogue has been like between the CIF and the CDPH.

On Tuesday, the National Federation of State High School Associations (NFHS) revised previous guidance on COVID-19 transmission during high school sports contests, which eliminated the tiered “Potential Infection Risk by Sport” system that placed sports in high, medium and low-risk categories. In other words, they got rid of the tier system.

California used the now-outdated NFHS guidelines to adopt its own tier system, so why can’t the CIF take matters into its own hands and move away from the county-by-county tier system? Because they can’t, according to Nocetti:

“The CIF is organized under the Department of Education and we’re authorized to operate by the state legislature,” Nocetti said. “So we will comply with the state guidance. That does not mean in any way that we comply without pushing, without asking, without advocating. And that’s what we will continue to do.”

Recently the Golden State Coaches Association and the Let Them Play California organization have been pushing, asking and advocating with state officials as well. What a lot of parents/coaches/fans/athletes fail to understand is that the CIF has been doing the exact same thing. Nocetti was even in on the Golden State Coaches Association and Let Them Play California meeting with California Health and Human Services Dr. Mark Ghaly and Gov. Gavin Newsom’s secretary Jim DeBoo on Thursday.

Members of the Let Them Play California organization have used social media as a vehicle to try to get youth sports back in the state. They’ve been very active in YouTube video comment sections, tweeted thousands of hash tags, and tagged politicians to try and get their point across. The CIF desperately wants high school sports back too, and they have been just as active behind the scenes.

WHY DID THE CIF DECIDE THAT ATHLETES CAN NO LONGER PLAY ON HIGH SCHOOL AND CLUB TEAMS SIMULTANEOUSLY?

I’ve received more emails about this story than any other one I’ve written at SBLive. Here’s the press release that sparked all of the confusion:

Parents are confused and Section offices have even had a hard time interpreting what the reinstatement of the bylaws mean due to getting conflicting information from the counties where those Sections operate, according to Nocetti.

With these rules once again in place, high school athletes can no longer condition with their high school teams and club teams at the same time. They have to pick one. The reason the CIF had to once again enforce those bylaws is because the CDPH forced its hand when they announced that athletes can only be in one athletic team cohort at a time.

The CIF still wants high school athletes to be able to play club and high school sports at the same time. They feel that due to the disruption COVID-19 has caused, it’s only fair. So the CIF has submitted an inquiry to the CDPH to clarify their guidance as it pertains to athletes in cohorts.

“We heard that some schools were getting different interpretations from their counties,” Nocetti said. “We have sent a formal inquiry to the California Department of Public Health asking for an interpretation. We expect the answer to that interpretation of that question any day now. And if we are told that the cohorting and the multiple team sports [decision] is a recommendation and not a mandate, then we will reissue a statement regarding our bylaw 600 and we’ll do so within a day or two of receiving that answer.”

“We expect that answer soon … Since we [initially put] the waiver in place, we obviously agree with [parents who have complained about it]. We want kids with us. We want them cohorting with multiple teams, because as I’m sure you’ve seen, a document came out recently from the NFHS and it said that most of the students that do get the virus are getting it through social situations, not athletic situations. So let’s remove as many of those social situations as we can and keep kids busy playing sports.”

WHERE SHOULD PARENTS VOICE THEIR CONCERNS ABOUT HIGH SCHOOL SPORTS NOT BEING PLAYED?

I sat in on the CIF State Executive Council meeting Friday and for 30 minutes the Council took public comments from parents. The vast majority of the comments were critical of the CIF for not allowing sports. It was misguided criticism.

If you have one takeaway from reading this piece, please let it be this:

The CIF agrees with the majority of parents who complain to them about high school sports still being at a standstill. The governing body is frustrated high school sports aren’t being played too, but they aren’t the ones standing in the way of players having a high school football season – the state government is.

Anger directed the CIF’s way is unwarranted. All complaints should go to politicians and the office of Gov. Newsom. Returning to high school sports is in their hands – and it always has been.