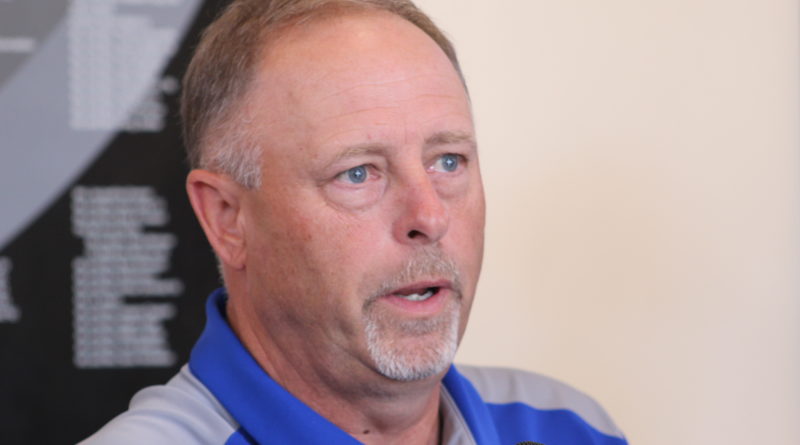 In 1986 Steve Hagerty was the wide receivers coach at Bishop Amat High School in La Puente. The star player on that team? Eric Bieniemy.

Hagerty, who has been the head coach at Amat since 2008, still keeps in touch with Bieniemy, who is wrapping up his third season as the Kansas City Chiefs offensive coordinator. Bieniemy, 51, will try to win his second Super Bowl ring as a coach when the Chiefs play the Tampa Bay Buccaneers Sunday in Tampa.

In an interview with SBLive California, Hagerty offered insight on what a special talent Bieniemy was as a player and what makes him so effective as a coach:

SBLIVE: Before he went on to win a national title at Colorado and play in the NFL, what was Bieniemy like as a high school player?

STEVE HAGERTY: He was a pretty dominant player on the field for sure. We ran a lot and he was the featured guy in our offense. He carried the ball a ton. He holds a lot of school records because he was so efficient on the field.

He was a super competitor who was literally 5-foot-6. He got everybody going. He was a natural talent who wasn’t super blessed with size. But he was so strong and thick and explosive. He was a really dominant player.

HAGERTY: We had a really good team that year, but we ended up losing to Eisenhower in the second round of the playoffs 14-7, which was kind of an upset. Eisenhower had a lot of fast guys on defense that year which hurt us. I think Russell White and Crespi won CIF that year.

SBLIVE: Eric still texts you from time to time to wish you good luck, correct?

HAGERTY: Yes. I’ve stayed in contact with him. He’s been in the college ranks and he was recruiting at UCLA when he was there with them and coming by the school. He definitely still has an affinity for Bishop Amat.

The last text I got was after I told him congrats and how proud we all were of him, and he wrote a note back and said something like how much he learned at Bishop Amat, and how grateful he was to the coaches that were there that taught him a lot of things that he uses today.

Some of the media clips you see where he’s deflecting the issues of coaching positions and what role he might play in it all … I think, when you see him do that, it’s just a testament to the kind of guy he is and the character he has. He’s an extremely hard worker and he never asked anybody for anything.

He’s always been that sort of infectious, bubbly type of guy who was really passionate. It’s hard to hide. And he gets after guys, but it comes from a really good place. Some coaches don’t get that, they’re so intense, but if it comes from a good place, I think kids know you care. People who have been coached by Eric definitely care about him.

He’ll send me a note before a game, which is always some type of a motivational thing. He went on Zooms with our kids last summer and he did a little PowerPoint for them and talked to them about the game of football and how it’s a parallel to life. He’s really motivational.

It’s been a little while since I’ve seen him in person, but the last time that I saw him he came down and had brunch with some of his classmates and the coaches, the guys he stayed in touch with.

I’m telling you, every time I text him – it could be the day of the AFC Championship – and he’ll text back right away and say thank you. Maybe that’s the obstacle for him getting a head job is that people see him as too real, I don’t know, but he’ll make an amazing head coach and guys will play their butts off for him. No question.

SBLIVE: What do you remember about Eric as a leader when he was a player?

HAGERTY: We had another running back by the name of Mazio Royster and he went on to play at USC. He did a little stint in the NFL as well with Tampa Bay. Maze was a junior when Eric was a senior and I just remember in those days we were in the “I” offense where there was a fullback and a tailback. The fullback was usually a blocking guy and I remember that year we had Mazio at fullback and asked him to block for Eric.

At first, Maze was a little resistant and I remember Eric just getting on him and I have this image of little 5-foot-6 Eric getting in the face of 6-foot-1 Maze. Maze ended up being just as amazing of a running back as Eric the next year, but Eric told him to do his job that year and to stop being a prima donna and just get the job done.

I remember that being really instrumental for Maze because it helped him understand the importance of the team. As a senior, Maze sounded just like Eric saying how we were all going to do this together. That always stuck with me.