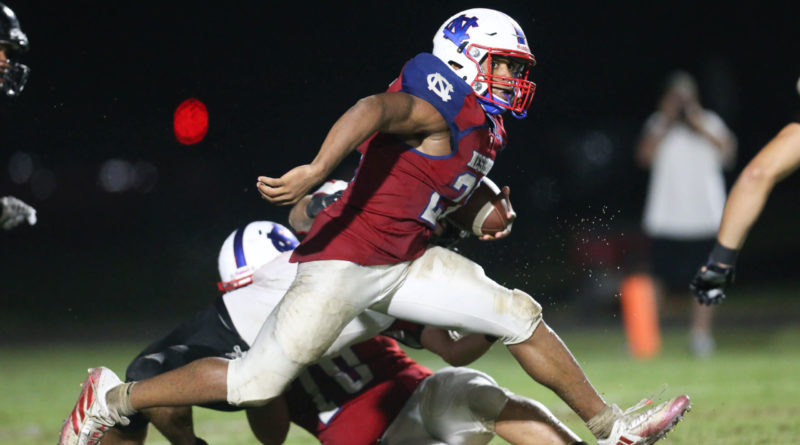 The early signing period came and went in December, and while a majority of Mississippi’s top football prospects signed letters of intent, a slew of talented players remain unsigned.

That’ll change with the beginning of the normal signing period, which begins Wednesday. Dozens of Mississippi prospects are expected to make their college choices official in signing periods in cafeterias and gyms across the state.

Here’s a look at the top prospects in the state who remain unsigned headed into Wednesday:

Hunter wrapped up a stellar high school career by rushing for 1,687 yards with 22 touchdowns as a senior. He holds offers from 20 schools according to 247sports.com, with Auburn, Memphis and Mississippi State among his top three choices.

Laurel’s splendid 6-foot-2, 200-pound receiver withdrew his previous commitment to Tulane on Nov. 30. The projections from 247sports.com have him going to Southern Miss, but he holds offers from 12 other schools.

The 6-foot-4, 245-pound defensive end earned 4A Mr. Football honors this year and was arguably the best player on the field in the Mississippi-Alabama All-Star game last month. He holds a slew of offers, but has reportedly whittled his options down to Mississippi State and Ole Miss.

Howard dropped his commitment to Mississippi State in December after being committed to become a Bulldog for a calendar year. Howard had to overcome a couple of injuries and rushed for 325 yards and three touchdowns last season. Recruiting service 247sports.com still rates him as a three-star prospect, holding offers from UL-Monroe and Southern Miss.

Jackson Academy’s splendid cornerback remains uncommitted but holds an offer from Nebraska, according to 247sports.com. He is ranked as a three-star prospect by both major recruiting services.

The Perryman brothers have said they’d like to stay together through college. They are reportedly leaning towards Ole Miss, but also hold offers from Georgia Tech and Florida State.

Smith is a load at 6-foot-5 and 305 pounds. He announced his commitment to Jones County Junior College on Jan. 22.

The 6-foot-4, 200-pound receiver is rated as a 3-star recruit by 247sports.com. He’s received interest from all three in-state FBS schools, but remains uncommitted.

Johnson was previously committed to the U.S. Naval Academy, but re-opened his recruitment in early January. He took an unofficial visit to Northwestern last week, but reportedly still holds offers from 17 other schools.

Vinson is committed to the Air Force Academy, and is scheduled to make his decision official Wednesday morning at a signing ceremony at MRA.

The Patriots’ star running back decided to forego offers from Southern Miss, Arkansas State and UL-Monroe, among others, to walk on at Ole Miss, potentially re-uniting with his former teammate Jerrion Ealy.