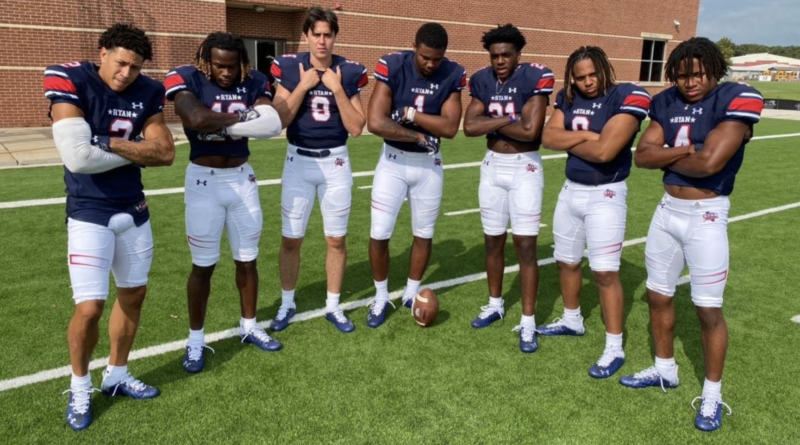 Every week, SBLive reporter Connor Morrissette previews the country’s top high school football games with an emphasis on what their results mean for the Power 25. One or two of the teams involved in each game is on our Power 25 radar. Here’s what we’re watching this week.

Cedar Park QB Ryder Hernandez will lead the Timberwolves against Ryan, one of the top teams in the nation, on Friday. An upset victory would secure a Power 25 berth for Cedar Park.

If Aledo wins the 5A Division 2 title, they’ll have a strong Power 25 resume. Their top player is senior wide receiver JoJo Earle, an Alabama signee. The Bearcats only loss on the season came to No. 23 Cedar Hill on Oct. 16.

Following two huge semifinal upsets for both teams, Westlake takes on Carroll for the 6A Division 1 championship in Texas on Saturday. Westlake’s defense played its heart out in last week’s win over North Shore. That unit makes the Chaparrals slight favorites.

The winner of this game will finish the season in the Power 25. The player to watch in this one is Cedar Hill senior quarterback Kaidon Salter, a Tennessee signee.

Davison will be without quarterback Brendan Sullivan in this game because he enrolled early at Northwestern, but Sullivan’s absence didn’t stop the Cardinals from beating Central Catholic last week. On the other side, Rockford quarterback Zak Ahern has had a breakout season.

Star Muskegon junior Dametrius “Meechie” Walker is battling cancer. He’s served as an inspiration for his teammates this season. The winner of this game stays in the Power 25 discussion.

River Rouge is loaded with Division 1 talent, led by Western Michigan quarterback signee Mareyohn Hrabowski. Undefeated Chelsea will be tested in this game.

Edwardsburg is a team on our Power 25 radar due to the fact that they’ve blown out every team on their schedule this season.