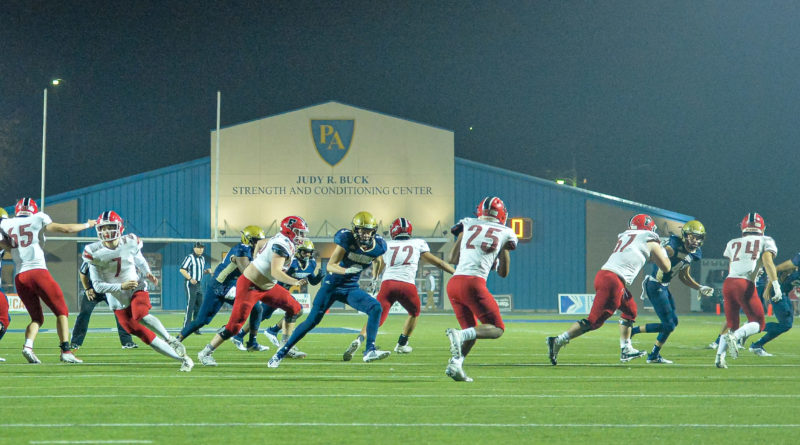 Here’s a look at some of the top performances in the third week of the Arkansas high school football playoffs (Nov. 27).

Faulkenberry had a huge night on the ground, rushing for 274 yards and four touchdowns. He added a passing touchdown.

Turner threw for two touchdowns but did most of his damage on the ground, finishing with 253 yards and two scores.

Scott had 206 total yards against Prairie Grove and scored four times, twice on the ground and twice through the air.

Burks led the Colts with six tackles and had an interception against Prairie Grove.

Gordon threw for 233 yards and a touchdown and added 81 yards and two more touchdowns on the ground.

Stewart rushed for 188 yards and four touchdowns in a win over Elkins.

The sophomore caught five passes for 80 yards and two touchdowns in the win over Marion.

Hill had 13 tackles, six of those for loss, in a win over Gosnell.

James finished with 287 rushing yards and five touchdowns in a 36-30 win over Gosnell.

Sipe was very efficient in a win over Jessieville, going 12 of 15 for 255 yards and two touchdowns.

Miller had only eight carries, but he rushed for 153 yards and three touchdowns against Jessieville.

Clenney had 18 tackles and a forced fumble in Lake Hamilton’s one-point win over Sylvan Hills.

Woodley had 104 rushing yards and two touchdowns to help take down Sylvan Hills.

The Go-Devils ran for 344 yards in their win over East Poinsett County. There were 14 Gurdon players who received at least one carry and the team finished with six rushing touchdowns.

The junior had 246 total yards and three touchdowns in the Bruins’ 53-22 win over Magnolia.