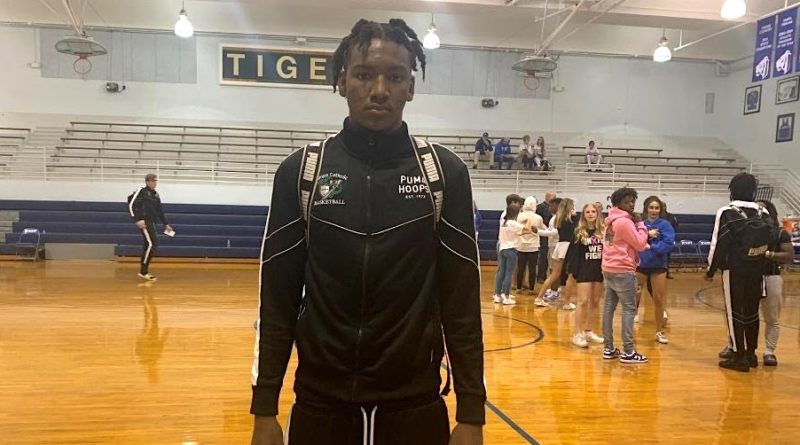 TAMPA, Fla. – In the marquee matchup of the night in the Tampa Bay area, Tampa Catholic pulled away late for a 46-37 victory over rival Jesuit Tigers at the Tiger Palace.

It was the 10th consecutive win for the Crusaders in the rivalry, dating back to Jan. 8, 2016. It was also Tampa Catholic’s 10th win of the season.

The Tigers (15-3) were led by senior forward Patrick Ruffner who finished with a team-high 15 points in the loss.

“Playing in this rivalry, it is so hard to pickup a win, whether it’s on your own floor or in enemy territory,” said Knox. “I feel like my teammates did a good job setting me up on the floor.”

Here are a couple of takeaways from the game:

Knox is one of the top sophomores in the state

Despite an off shooting night, Knox impacted the game in multiple ways – especially on defense. Coming into Friday night, Jesuit was averaging 61.8 points per game on the season. With Knox leading the way, the Crusaders held the Tigers to their season-low in points (37) and field goals made (12).

Knox was clutch down the stretch, scoring eight of his 11 points in the second half, including a few emphatic dunks.

Jesuit held Tampa Catholic to 46 points, which is 21 fewer than their season average of 67.2. The only team that defended Tampa Catholic better was IMG Academy, who held them to 42 points on Dec. 7.

What’s Next for Tampa Catholic: Tuesday at Bishop McLaughlin- 7:30 p.m.

What’s Next for Jesuit: Thursday vs Durant- 7 p.m.