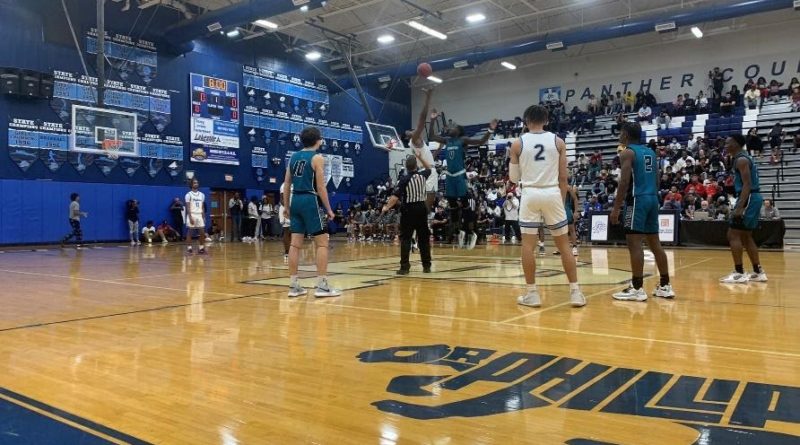 ORLANDO, Fla. – Coming into Wednesday night’s game, both the Olympia Titans and the Dr. Phillips Panthers were ranked inside the Top 10 in the latest SBLive Florida boys basketball rankings. And in Dr. Phillips’ case, they came in ranked No. 15 in the country in the SBLive/SI Power 25.

Behind a 26-point performance from Mississippi State commit Riley Kugel, Dr. Phillips pulled out a thrilling 68-67 victory in overtime.

Kugel was impressive throughout the game, pouring in 16 of his 26 in the second half and overtime.

“I feel like my teammates did a good job setting me up in the right moments,” said Kugel. “It’s always nice to beat a well-coached team like Olympia.”

Ernest Udeh is a beast inside

Power forward/center Ernest Udeh, a Kansas Jayhawks commit, was unstoppable in the paint and finished with a double-double – 20 points, 13 rebounds and 3 blocked shots.

Edgerrin James, the junior point guard for Olympia, followed up his game-winning shot in their last game against Windermere, with a game-high 28 points and 5 assists in the loss to Dr. Phillips.