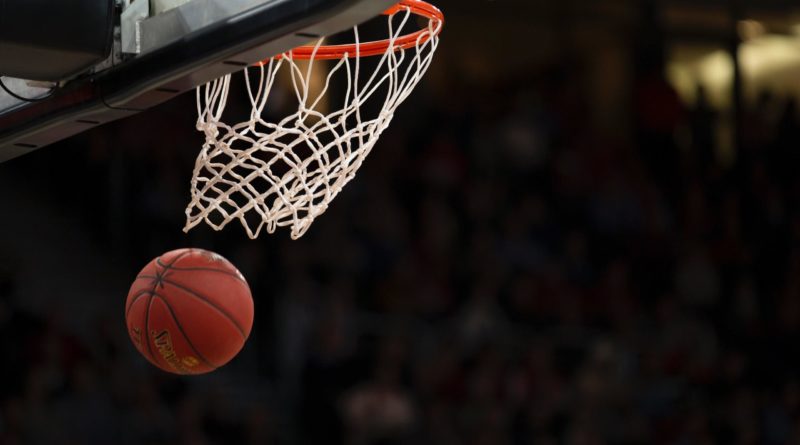 St. Thomas Aquinas remains No. 1, and American Heritage moves up to No. 3 in the latest SBLive Florida high school girls basketball rankings.

The rankings are compiled by Ross Van De Griek and are released every Monday during the 2021-22 season.

The Raiders remain at the top, following a 4-0 week with an average margin victory of 26.75 points per game.

This Week: at Mainland (Tues.), vs Lake Highland Prep (Fri.)

The Mustangs return to action tomorrow night, as they travel to Mainland before a tune-up with nationally ranked Lake Highland Prep on Friday night.

This Week: at Schoolhouse Prep (Thu.)

The Lady Patriots are coming off a 2-0 week, with impressive wins over Miami Country Day and Sprayberry, who is highly ranked in the state of Georgia.

The Lady Hawks move up to No. 4 in this week’s rankings, despite not playing last week. They will kick-off a four-game road/neutral swing tonight as they travel to Spanish River.

The Lady Eagles round out the Top 5, in this week’s SBLive Florida girls’ basketball rankings. They will return to action on Wednesday against nationally ranked DME Academy in a rematch from January 1, where DME Academy came out on top, 67-59.

This Week: at Sumner (Tues.)

The Lady Rams check in this week at No. 6, in this week’s SBLive Florida girls’ basketball rankings.

Junior forward Samarie Slusarek had a game-high 14 points, in their win over North Port last week.

Following a 2-0 week at the She Got Game Classic, the Lady Highlanders move up two spots in this week’s rankings.

The Lady Panthers check in this week at No. 8 in this week’s SBLive Florida girls’ basketball rankings.

Junior forward Khayla Ngodu is currently leading the team in points (17.2) and rebounds (11.4) per game at this point in the season.

This Week: vs Oak Ridge (Tues.)

The Lady Panthers come into this week, on a 9-game winning streak that dates to December 11 where they lost to American Heritage (Plantation). Sophomore guard Trinity Turner is leading the team in points (14.1), rebounds (8.2) and assists (6.6) per game this season.

The Lady Seminoles have not played since December 30, where they are coming off a 63-41 loss to Miami High.

The Phoenix are coming off a 2-0 week, including a win where they knocked off the No. 1 team in Class 3A Cardinal Mooney.

The Lady Lions are coming off a 2-0 week at the She Got Game Classic in Atlanta. Freshman guards Lena Girardi and Abby Price took home All-Tournament honors over the weekend.

This Week: at Naples (Thu.), vs Seacrest Country Day (Sat.)

The Lady Sharks are back in the SBLive Florida girls’ basketball rankings for the first time since early December 2021.

Senior guard Katie Ambrose had a game-high 14 points and 5 steals in their win over Palmetto Ridge in their last game.

The Lady Vikings are coming into this week, on a 5-game winning streak that dates to December 16, where they sustained a loss to Pine Forest (49-46).

Senior guard Samantha Sherer is the team’s leading scorer averaging 21.7 points per game at this stage of the season.

The Lady Spartans round out this week’s SBLive Florida girls’ basketball rankings, checking in at No. 15, following their 1-1 week. They’ll begin a stretch of three games in three days on Thursday night, when they travel to Benjamin School.