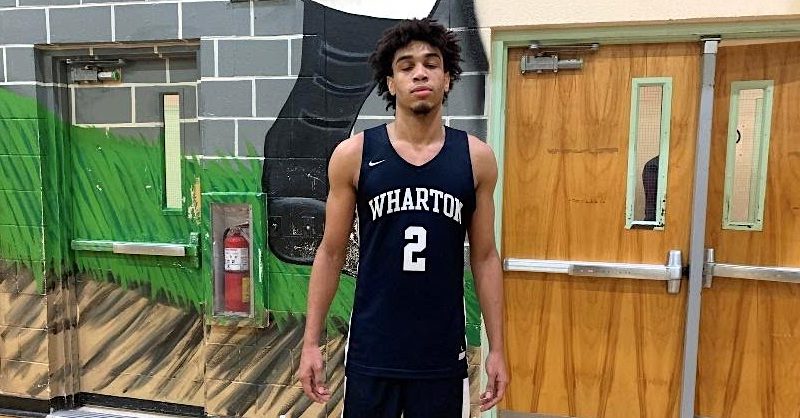 The Wildcats were led by senior forward Trevor Dyson who finished with a game-high 17 points and 7 rebounds. Senior forward Carlos Nesbitt added 14 points for Wharton.

“My teammates did a good job setting me up and contributing,” said Dyson. “It was a good team win.”

The Patriots (7-3) were led by senior guards Jordan Jones and Kenneth Garrard, who finished with 9 points each in the loss.

Wharton and Freedom combined to shoot less than 30% in the opening quarter, as the Patriots closed the quarter on a 7-0 run to take a 13-9 lead.

After trailing 26-19 at the half, the Wildcats began the second half on a quick 7-0 run in less than three minutes to tie the game at 26-26.

The Wildcats outscored the Patriots 18-3 in the third quarter to take an eight-point lead heading into the final quarter.

“It’s always nice to go get a win over your neighborhood rival,” Wharton head coach Tommy Tonelli said. “We didn’t play our best game offensively, but that means you have to show it on the defensive side, and I feel like we did that tonight.”

Coming into Wednesday’s game, the Patriots were averaging 65.4 points per game. Wharton held the Patriots to just 37 points on 29% shooting for the game, as well as 5-for-19 from 3-point distance.

Wharton will return to action on Friday at Tampa Bay Tech in a District 6A-10 contest.

Freedom will return to action on Friday at Robinson in a District 5A-8 contest.