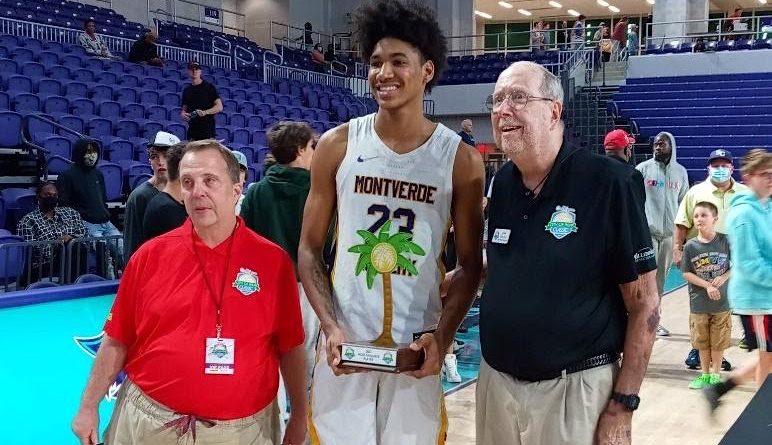 It is also the second consecutive City of Palms title for the Eagles. They won in 2019 and the tournament wasn’t played in 2020 because of the COVID-19 pandemic.

Montverde senior forward and future Texas Longhorn Dillon Mitchell took home tournament MVP honors, as he finished with a team-high 16 points and 9 rebounds, including a huge alley-oop dunk from Indiana commit Jalen Hood-Schifino to put the Eagles up 55-52 with nine seconds to play.

With 51 seconds left in the game, the Warriors cut the deficit to 53-52 but that was as close as they would get.

Hood-Schifino eventually put the game on ice, hitting a pair of clutch free throws to make it a two-possession game for the Eagles.

Oak Hill Academy will return to action on Jan. 6 vs Wasatch Academy (Utah).

Montverde Academy will return to action on Jan. 6 vs Sunrise Christian (Kansas).