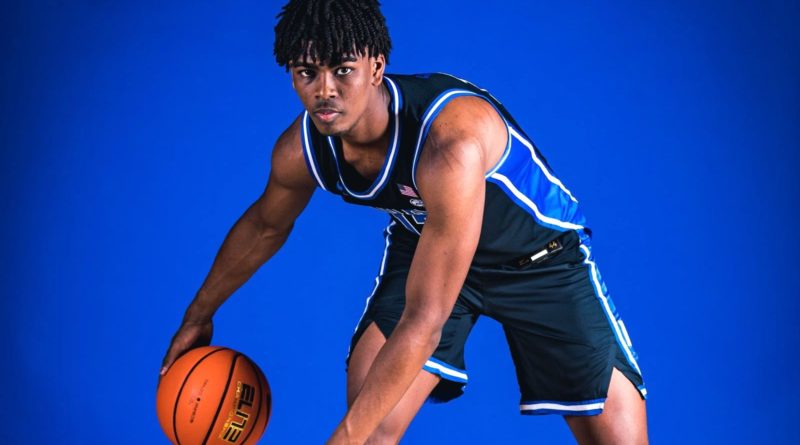 With the high school basketball season underway in Florida, SBLive is taking a closer look at the top boys and girls players in the state.

In the 2020-2021 season, Allen averaged 13.5 points, 4.3 rebounds and 3.0 assists per game for the Eagles leading them to the school’s second state championship in school history.

Entering his junior season, Stewart currently holds 20 Division I offers from schools such as Duke, Georgetown, Michigan, Ohio State, Alabama and several others. Stewart averaged 11.6 points, 9.6 rebounds and 3 blocks per game last season for the Wolverines, leading them to a 17-6 record.

Coming off a season where Parker averaged 20.2 points, 10.3 rebounds and 5.5 assists per game, he envisions himself to be even better as a junior. Parker currently holds 8 D-1 offers and has very high interest from Florida State and Kansas State, according to 247Sports.

James has already had several impressive games this season. He holds offers from Alabama, Appalachian State, Creighton, Florida Atlantic and others.

The 4-star power forward is a real deal prospect for Colt McDowell and the rest of The Villages Charter squad. According to 247Sports, Walters is the eighth-ranked power forward in the nation. Walters holds offers from Florida, Georgetown, LSU, Ole Miss, Radford and South Florida.

Jackson averaged 9.9 points, 3 rebounds, 2.7 assists and 2.6 steals per game last season, leading the Rams to a 22-7 record and a regional final appearance.

Johnson is a key piece of a loaded Doral Academy squad this year. Last season, Johnson averaged 18.3 points, 7.9 rebounds and 2.8 assists per game for the Firebirds. Over the summer, he picked up his first offer from Georgetown.

Robinson has picked up offers from high-level D-1 schools such as Auburn, South Florida and Virginia Tech. He averaged 9.8 points, 4 rebounds, 2.3 steals and 2.1 assists per game last season for the Seminoles.

Carey sat out last season after averaging 4.8 points, 3.9 rebounds and 0.8 blocks per game for University School in Fort Lauderdale as a freshman in 2019-20. This will be Carey’s first season at Westminster Academy.

The Maryland native enters his first season with the IMG Academy National team. Hutchinson currently holds seven D-1 offers from notable schools such as LSU, Maryland, Pittsburgh and several others. The 6-2 point guard is a 4-star prospect, according to 247Sports.

The 3-star small forward picked up two Division I offers this past summer from Florida Gulf Coast and South Florida. This past season, Sasser averaged 9.9 points, 4.6 rebounds and 1.5 assists per game for the Chargers.

Sadibou isn’t known for his scoring, but he is a prolific rebounder averaging 4.5 rebounds per game last season for the Lions. Sadibou is a 6-8 power forward who plays for E1T1 on the travel ball circuit.

Not only is Williams a standout on the football field, but he is also a very good basketball player. Last season, Williams averaged 11.6 points, 5.4 rebounds, 4.8 assists and 1.4 steals per game for Winter Haven before coming over to Lakeland over the summer. Over the course of the football season, Williams picked up offers from Cincinnati, Iowa State, Kansas, South Florida and several others.