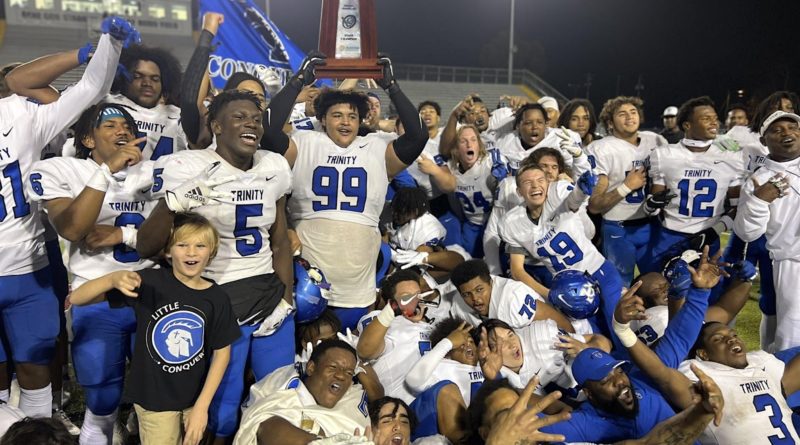 Here’s a look at the top performers from the 2A championship game.

Freshman quarterback Colin Hurley went 7-for-14 for 105 passing yards, one touchdown pass and one interception.

Senior wide receiver Fred Highsmith had 3 catches for 85 yards, including a 59-yard reception in the second quarter.

Freshman quarterback Ennio “EJ” Yapoor finished 21-for-34 for 332 passing yards, 2 touchdowns and an interception. Yapoor added 16 carries for 53 yards and a rushing touchdown.

Junior wide receiver had 3 catches for 83 receiving yards and a receiving touchdown.