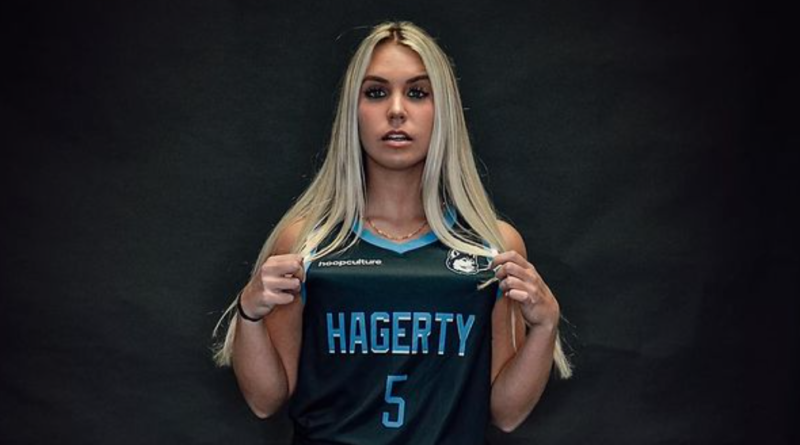 Hannah Kohn was in the zone on Tuesday night.

Kohn, a 5-foot-9 shooting guard from Hagerty High School in Oviedo, Fla., scored 61 points and set a national high school girls basketball record for most made 3-pointers in a game with 19 in an 88-23 win over Lyman.

The previous record was 17, set by Jaden Newman from Discovery High School in Lake Alfred, Fla. in 2018.

Hannah is the daughter of Josh Kohn who is the head boys basketball coach at Hagerty and was a standout player at UNC-Asheville from 1992-1996.

Kohn’s 61 points are a new school record for most points in a game.

Prior to Hagerty, Kohn played her freshman and sophomore seasons at The Master’s Academy where she led the Eagles to a state runner-up in 2020.

Hagerty (4-4) returns to action on Thursday night, as they host Gateway High School for a non-district game.