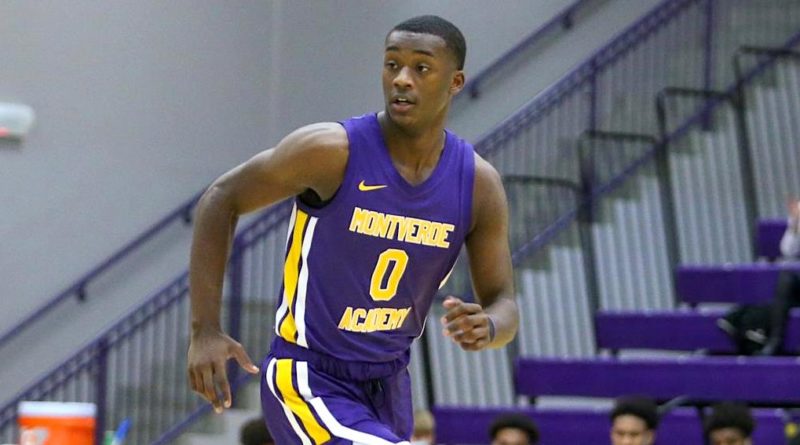 With the 2021-22 high school basketball season underway in Florida, SBLive is taking a closer look at the top boys and girls players in the state.

Here are the Top 15 seniors (Class of 2022) in Florida high school boys basketball:

Whitehead comes in as our No. 1 player in the state of Florida for the class of 2022. The Duke commit is coming off a season where he averaged nearly 17 points and 8 rebounds per game for the Eagles, who finished 24-1. Montverde Academy is currently the top-ranked team in the country in the SBLive Power 25.

Bradley, a 4-star point guard, averaged 23 points per game last season, as well as 6.4 rebounds and 6.1 assists for the Ascenders. He is committed to the University of Alabama.

Udeh, a University of Kansas commit, is coming off a state championship season with Dr. Phillips. The Panthers look to repeat in Class 7A, as they finished the 2020-2021 season with a 24-3 record.

Howard enters his second season with the IMG Academy National team, coming off a season where he averaged 9.8 points per game and shot 45% from the field. Howard has signed with the University of Michigan to play under his father, Juwan, at the collegiate level.

Reneau has signed to play collegiately at the University of Florida and is entering his second season with national powerhouse Montverde Academy. Reneau averaged 6.1 points and 4.1 rebounds last season for the Eagles.

Sensabaugh averaged 17.3 points per game, 4.4 rebounds, 1.9 assists and 1.2 steals last season for the Highlanders leading them to a 13-8 record. Sensabaugh is currently committed to Ohio State.

Glenn, a 6-foot-7 forward, averaged 13.8 points and 6.6 rebounds per game last season for the Eagles, leading them to their second state championship in school history. Glenn is currently committed to the University of Michigan.

Coming off a season where he averaged 12.1 points, 7.1 rebounds, 1.8 assists and 1.2 steals per game, Lubin is looking to lead the Warriors to their fourth state championship in the last six years. The 4-star power forward is currently committed to Georgia Tech after holding almost 20 Division I offers.

Donaldson is a two-sport standout and has committed to the University of Auburn for both football and basketball. Coming off a season where he averaged 11.1 points, 3.9 rebounds, 3.6 assists and 1.8 steals per game, Donaldson wants to cap off his high school career with a state championship.

Mitchell is entering his first season with Montverde Academy, after spending his junior season at Bishop McLaughlin Catholic. Mitchell averaged 17.6 points, 10.3 rebounds and 3.2 assists per game last season for the Hurricanes, leading them to a Class 3A state runner-up finish. Mitchell has signed to play college basketball at the University of Texas.

Last season, Hendricks averaged 14.2 points, 8.6 rebounds, 1.8 blocks and 1.2 steals per game for the Eagles. He was teammates with Gregg Glenn and his twin brother Taylor on the state-championship team from a year ago. Hendricks is committed to the University of Central Florida.

Kugel is coming off a state-championship season with Dr. Phillips, along with his teammate Ernest Udeh. The 3-star combo guard will be heading to Mississippi State after this season.

Aberdeen is coming off a junior season where he averaged 13.1 points per game for the Panthers in their state-championship run. The future Florida Gator played for TeamCP25 during the grassroots season, which is owned by former NBA standout Chandler Parsons. Aberdeen is also the third Panther to be ranked on our list, as he joins Udeh and Kugel.

Coming off a season where he averaged 16.7 points, 8.2 rebounds, 1.4 steals and 1.4 blocks per game, Lorient is now enrolled at Calvary Christian Academy in Fort Lauderdale. Lorient was a part of an Ocala Forest squad that reached the Class 6A final four last season. Lorient is committed to Florida Atlantic University.

Brown is coming off a season where he averaged 14.4 points, 5.0 rebounds, 2.1 assists and 1.5 steals per game for the Warriors, leading them to a 27-0 season. Brown is the second member of the Warriors ranked in our Top 15, as he joins Ven-Allen Lubin. Brown is committed to the University of Ohio.