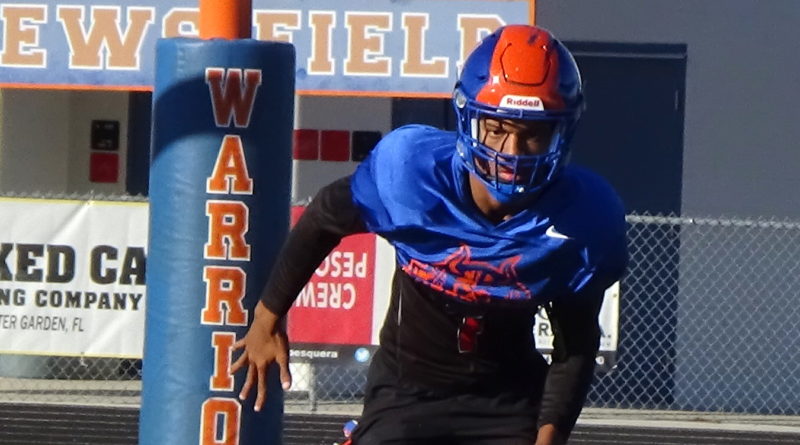 We have reached the regional finals across all eight classifications of the 2021 Florida high school football playofs.

Here’s a breakdown of SBLive’s top five games to watch across the state this week:

The Wharton Wildcats have had to go on the road in each of their first three games of the postseason. However, the Wildcats defense has been stifling as they’ve outscored their first two opponents, 51-8. You can expect a platoon situation at the quarterback position as they go between senior Carson Mohler and sophomore Rickeem Parks.

The Tampa Bay Tech Titans are just one win away from advancing to the final four which they have not done in their school history. In their previous game against Palmetto, the Titans were led by junior quarterback Xavione Washington and senior wide receiver Greg Gaines.

The Jones Tigers are led by senior quarterback and Jacksonville State commit Kaylan Julian-Calvez, who has thrown for nearly 2500 yards, 23 touchdowns and just 9 interceptions this season. Another name to keep an eye on will be senior running back Da’Quan Harris who has rushed for 850 yards and 13 touchdowns this season.

The Vanguard Knights are looking to get back into the state semifinals for the first time since 2010. Keep an eye on senior running back Dewhitt Betterson, who has rushed for 982 yards and 11 touchdowns on the season.

The Cardinal Gibbons Chiefs are no stranger to reaching the regional finals, as this marks their fourth consecutive trip. The Chiefs defeated Pine Crest 42-0 in last week’s regional semifinal holding the Panthers to just 117 total yards of offense. Junior quarterback Dylan Rizk, senior linebacker Tray Brown and defensive end R Mason Thomas will be names to keep an eye on.

The Gulliver Prep Raiders have only given up an average of 15.2 points per game this season, as their defense has been the focal point of the season. Although, keep an eye on senior quarterback and Tulane commit Carson Haggard who has thrown for 2544 yards, 27 touchdowns and just four interceptions this season. Junior running back and Notre Dame commit Sedrick Irvin II will be another name to watch on the Raider offense, as he has rushed for 554 yards and 11 touchdowns this season.

This may be the best game in the Tampa Bay area this week, as the Clearwater Central Catholic Marauders are in the regional final for the 3rd time in the last 4 seasons. Following a 4-3 start to the season, the Marauders have won each of their last four games by an average of 31.25 points per game.

The Berkeley Prep Buccaneers’ defense is loaded with future D-1 prospects, led by junior defensive end Keon Keeley (Notre Dame commit) as they’ve allowed an average of 9.2 points per game. Senior running backs Travis Bates and Xavier Townsend (Iowa State commit) will be key players to keep an eye on, as they’ve both rushed for over 1000 yards this season.

This matchup is loaded with D-1 prospects on both sides, as this matchup will feature roughly 20 prospects. Both teams are also ranked inside the Top 5 in Class 8A.

West Orange has allowed just an average of 6.5 points per game through their first two playoff games this season.

The Venice Indians has a heavily potent offense that is led by senior quarterback Ryan Browne who transferred from Sarasota Riverview over the offseason. In each of the Indians first two playoff games, they are averaging 55.5 points per game, outscoring their opponents 111-21.