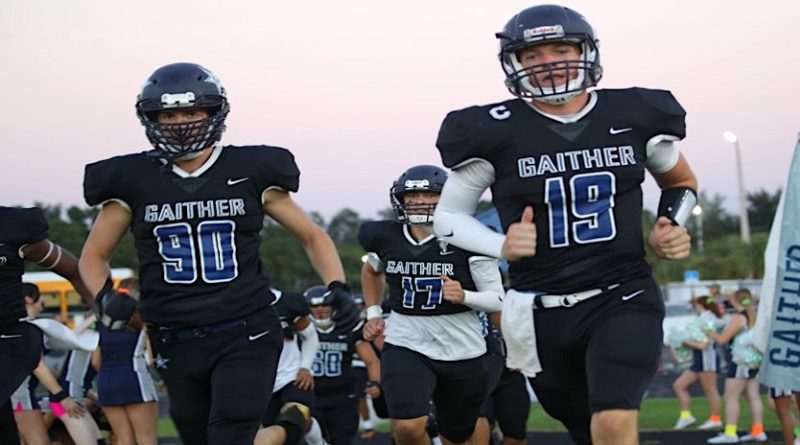 The high school football postseason has arrived in Florida, and the opening round kicks off Friday night across the state. Out of 224 teams that made the postseason, only eight of them will be crowned as state champions in December.

Here’s a look at five must-see matchups in the first round:

This is a must-see game for the Polk County fans around, as we get a rematch from the September 17 meeting between the Dreadnaughts and Braves. Lake Gibson won that meeting 38-32, behind a 285 rushing yard performance, as well as 5 touchdowns for Utah commit Jaylon Glover.

Expect a similar-type matchup, which I can see going either way.

The Gaither Cowboys were hanging on the edge of their seats, as they were on the outside looking in but squeaked in, as an at-large in District 7A-9 which featured a 3-way tie between Mitchell, Gaither and Largo. The Cowboys like to rely on their passing game, as they are led by junior quarterback Brooks Bentley who has thrown for 1655 yards, 15 touchdowns and just five interceptions.

The Lehigh Lightning are led by 5-star junior running back Richard Young, who holds over 30 D-1 offers and has rushed for 1563 rushing yards, as well as 17 touchdowns. The Lightning are also led by Minnesota commit Aidan Gousby and freshman quarterback Dorian Mallory.

The Durant Cougars ended their regular-season slate, with a tough 24-21 loss at Plant back on October 29 that snapped a 6-game win streak. The Cougars will have a tall-task stopping Florida wide receiver commit Jayden Gibson for West Orange, who has 698 receiving yards and 12 touchdown receptions.

The West Orange Warriors come into the opening round of the FHSAA Playoffs, on a 8-game win streak where they are led by senior quarterback Tyler Huff, senior wide receiver Jayden Gibson and senior linebacker Anthony Joseph.

The Osceola Kowboys come into the postseason, looking to get back to the state championship game for the second consecutive year. The Kowboys on offense like to rely on senior quarterback Chad Mascoe and senior running back Ja’randy Swint. This season, the Kowboys are allowing just 9.7 points/game this season, including three shutouts.

The Newsome Wolves are going to rely on the run game, which means you’ll be seeing a lot of senior running back Jason Albritton who led the team with 1260 rushing yards and 14 touchdowns.

The Wharton Wildcats faced a challenging schedule to finish the season, as they hosted Tampa Bay Tech and Armwood, falling short in both of those games by a combined 16 points. This season, the story has been the Wildcats defense allowing opponents to just 9.4 points per game this season. You can also expect to see a platoon situation at the quarterback position between senior quarterback Carson Mohler and sophomore Rickeem Parks who often goes from the “Wildcat” formation.

The Mitchell Mustangs are led by senior quarterback Ethan Rice, who has thrown for 703 passing yards, 13 touchdown passes and just five interceptions this season. Another name to keep an eye on for the Mustangs, will be junior running back Chris Ferrini who has 12 rushing touchdowns this season.