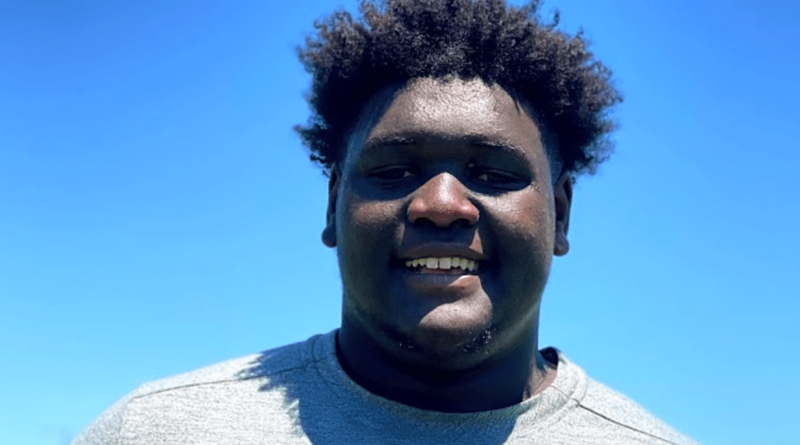 TAMPA, Fla. – Class of 2022 defensive lineman Tawfiq Thomas, out of Gaither High School in Tampa, took an official visit to Louisville for their game against Clemson over the weekend. After the game, Thomas said he would announce his college decision on Saturday, Nov. 13.

“The visit went great,” Thomas said about his trip to Louisville. “I have a good relationship with defensive line coach (Mark) Ivey and the atmosphere was unlike any other.”

Thomas had originally planned to announce his commitment on Aug. 28, but after a season-opening win over Bloomingdale (Valrico, Fla.), Thomas decided to delay the date.

“Me and my family are ready now for my announcement,” Thomas said.

Back in August, Thomas narrowed his list of colleges to four: Arkansas, Kansas, Michigan and South Florida. With his visit to Louisville that will likely change his list of schools.

In eight games this season, The 6-foot-5, 325-pound lineman has recorded 43 total tackles and eight sacks for the Cowboys as they finished the regular season with a 5-4 record.

SBLive will be on hand for Gaither’s playoff game this Friday night, as Thomas and the Cowboys travel to Lehigh Acres to take on the state’s top-ranked running back, Richard Young and the Lehigh Lightning.