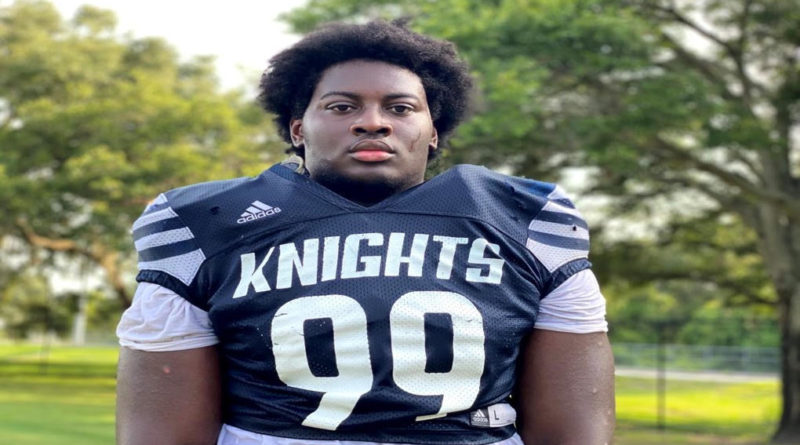 “It was crazy and fun,” Hastings told SI All-American’s John Garcia Jr. after the Florida-Alabama game. “I had a great time, because I got to talk with Coach (Dan) Mullen and Coach (David) Turner after the game.”

According to multiple recruiting services, Hastings, who is Canadian, holds 30 offers and is the 63rd ranked defensive lineman in the nation for the upcoming class.

On Tuesday morning at 10 a.m. ET, Hastings will announce his college decision on CBS Sports HQ from the Clearwater Academy campus.

“Two weeks ago, (the Crimson Tide) were my leader,” said Hastings. “They always have good leadership down in Tuscaloosa and maybe I can add to that.”

Get more coverage of Hastings on SI All-American.