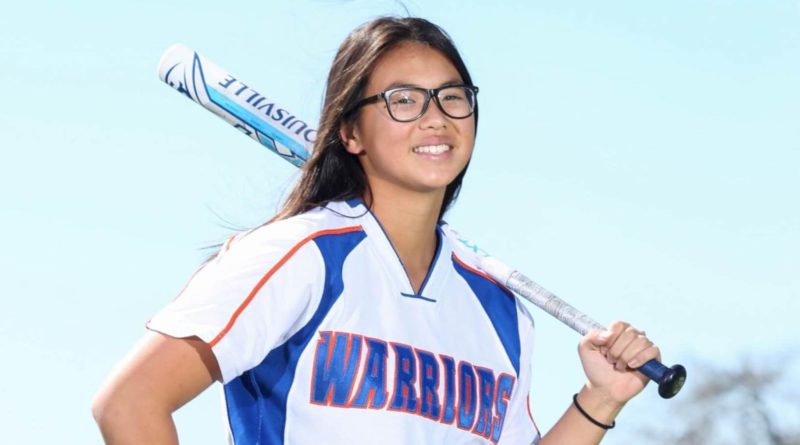 Despite being the smallest county in the Southern Section, Ventura County holds its own when it comes to high school softball. 2020 was no different, with several teams ranked inside or near the top 100 in the country.

Many of Ventura County’s top teams will return much of their core talent when softball resumes in 2021. Here’s a look at the five teams we think have the best chance of being the area’s best in 2021, and a couple of honorable mentions who could also be at the top. The list is in alphabetical order.

The Scorpions were nationally ranked in the top 100 in country through their 6-1 start in 2020, and were a clear CIFSS Division 2 title contender. They will lose four few key seniors going into next season, but will still return enough upperclasswomen talent to potentially be just as strong.

They’ll lose pitcher Eryka Gonzalez, who was among the best in all of SoCal in 2020. Also graduating will be Lindsey Cowans, another important factor in their pitching rotation and also their starting 3B. Cowans along with senior C Savanna Silveyra had been among Camarillo’s best hitters in 2020, and starting OF Lindsey will also leave a big void in both the field and the batter’s box.

However, a number of their biggest bats will return such as 1B/OF Natalie Yamane, 2B Rylee Pinedo, and four other starting position players. If they can replace even a solid fraction of what they got on the mound this past season, Camarillo will likely be at least top-three in the county again next year.

The Panthers were off to a promising 9-3 start in 2020. Their only losses came to worthy adversaries in Royal, Agoura, and Westlake, the latter of which only came by one run. They also avenged their Agoura loss by beating them by nine runs in the last game they played before the season was canceled. In short, Newbury could play with anyone.

They’re losing starting outfielder Isabella Scarnechia and a strong third cog in their pitching rotation, Veda Palaparty. Everyone else is back, including five starters hitting over .370. One of them is SS Sofia Morales, who was off to one of the best starters at the plate in SoCal, hitting .711 with a slugging percentage of 1.111 and a massive OPS of 1.834.

Newbury Park is clearly very strong, and proved they can play with Westlake. They’re definitely in the mix to end up the best team in Ventura County next season.

With eight wins and just two one-run losses to El Camino Real and Wasatch (the top-ranked team in Utah), Oaks Christian was off to the great start they were looking for. Before next season they’ll lose a number of important seniors, but ultimately they’ll return almost every starter, including ace pitcher and star infielder Micaela Kastor.

The Lions will return several big bats. Yes, several – the team was hitting .414 with 21 home runs in just 10 games. And with numerous underclasswomen on the team, they’ll be strong for years to come. The future is bright for Oaks Christian, and next year they’re poised to take a big leap forward.

The Highlanders were very strong through eight games in 2020, and have a great chance to take another leap in 2021. They were 5-3 with wins including Newbury Park, and their only losses came to Newbury in extra innings, Simi Valley in extra innings, and Edison.

There is only one senior on the 2020 team, Hannah Sattler, but she’s their ace and one of the better pitchers in the section. But everyone else returns, including pitcher Rylee Dugar did not give up a single run in 15 innings. Also coming back will be one of the top-100 softball recruits in the country in IF Allison Ha, another elite hitter in OF/UTIL Alexa Landeros – and of course the entire rest of their starting lineup. Royal has a legitimate chance to be a top-two team in the county in 2021.

The Warriors were clearly the best team in Ventura County in 2020, even though they only had six games to prove it. Even with a strong schedule, only Newbury Park kept the final score within seven runs against them.

In total, Westlake outscored opponents 59-6. They looked like the early favorite in a loaded field to bring home a Southern Section Division 2 title, but the chance was quickly taken from them.

But they’ll be back with a vengeance in 2021, guaranteed. Only one senior will be gone, and zero starters. They have one of the best pitchers in SoCal in Kylee Chung. Westlake’s entire starting lineup is stacked – they had eight home runs in six games and were batting .430 as a team. For a team that played the likes of Newbury, Simi Valley (twice), and Kennedy, that’s remarkable.

Nothing is set in stone, but Westlake will enter 2021 as far and away the team to beat in Ventura County.