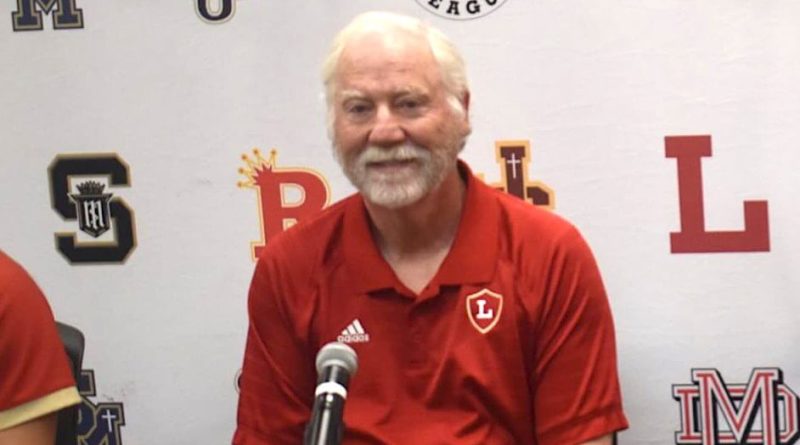 Every year, many of the top high school softball programs on the West Coast call Orange County their home. 2020 was no different, with several teams ranked inside or near the top 100 in the country, and one team, Los Alamitos, that was considered by many to be the best in the country.

Many of Orange County’s top teams will return a ton of talent when softball resumes in 2021. Here’s a look at the five teams we think have the best chance of being the area’s best in 2021, and a list of honorable mentions who could also be at the top.

The Comanches were off to an outstanding 6-0 start in 2020 before dropping their last three. But there’s no shame in losing to Ironwood Ridge (Arizona) and Villa Park by one run each, and one blowout loss against a team as good as Santiago (Corona) isn’t the end of the world for a team that beat the likes of Chino Hills and Yucaipa.

Arizona State commit Kylee Magee has been considered by many as the top pitcher in Orange County since she first stepped onto a high school mound in 2019. She’s not only dominant when she’s on the mound, but she’s always on the mound–she threw 183.2 innings last year as a freshman with no letup, finishing with a 17-8 record and an elite 1.50 ERA. That means Magee is one of the few players who gives you a chance in any game against any team.

Furthermore, Canyon will return all but three players next season. OF Alexis Rios and IF Jenna Pappas were First Team All-Crestview League members last season. Team captain UT Rachel Bennett will be sorely missed as well. However, the rest of the squad is coming back. That includes star catcher and league co-MVP Gianna Salcido, 2B/SS Anabella Fraser, and INF/P Maddy Askins. They’ll be in good shape.

Ranked by some as the best team in the country when the 2020 softball season came to a close, Los Al was off to a 10-0 start. They had played among the hardest schedules in the country including South (Torrance), Santiago, Roosevelt, Villa Park, and Ironwood Ridge (Arizona), and had beaten opponents by a total of 77 to 21. With state title aspirations and a few star seniors about to leave for college, the Griffins are among the teams hit the hardest.

However, they could potentially run it back at the same level next season. As far as position players go, star infielders Jamie Sellers, Carly Robbins (South Carolina), and Ali Belarde (Utah) will be gone, plus a few solid reserves. So will their elite ace Tyler Denhart (Southern Utah) and another college-caliber pitcher in Bailey Tailor (Fairfield). That’s a ton of talent to lose, but they will have so many key pieces coming back.

They have four D-1 commits in the Class of 2021 alone with OF Erin Mendoza (Oregon State), C Sophia Nugent (Oklahoma), IF Taylor Squires (San Jose State), and SS Emma Sellers (South Carolina). That also doesn’t factor in star sophomore C/IF Diamond Sefe, sophomore IF Jazzy Santos, and freshmen 3B Giselle Alvarez. Nugent and Sefe were arguably Los Al’s best hitters in their hot start in 2020 with team-highs of five and four home runs, respectively. Sophomores Sydney Saldana and Taylor Johnson are among a few Griffins who will be ready for more work on the mound.

OLu is one of the most established softball programs in California and was a returning Division 1 quarterfinalist in 2020. At the Trinity League Media Day, they mentioned that for the first time in a long time, they weren’t going to be able to overpower teams with sheer senior-laden talent. Still, the younger-than-usual Lancers hopped out to a 7-3 start with some quality wins and a couple of close losses.

Five seniors will be gone come next season, and all five will be playing college ball. The losses of C Sarah Casey, P Taryn Lennon, INF Tayler Holcroft, INF Victoria Fragoso, and OF Brenna Begin will hurt a lot. But especially factoring in Coach Steve Miklios’ track record of never having off-years, Orange Lutheran appeared to be on track to be in full-blown contention in 2021.

Freshman P Ciara Loken was very promising in a little over 30 innings. SS Tessa Jerue is one of the best position players in the Class of 2023 in all of SoCal, hitting over .500 with multiple homers already. They will return more strong starters in OF Regan Lennon, INF Venezia Robles, OF Tiana Poole, 1B Elise Marcyan, and C/OF Hailey McCarthy.

The Eagles were off to another fantastic start in 2020 (8-0) after going 25-4 in 2019 and making the Southern Section Division 1 quarterfinals. So far, they had outscored opponents by a whopping total of 57 to 11.

With a strong senior core that was critical in last year’s success of Melanie Santos, Jessica Goode, Cadie Williams, Nicole Leonard, Rachel Prukop, and Julia Mortimer – the first three of whom were returning All-Trinity League members – this was supposed to be a season of full-blown contention for the Eagles. That was fairly obvious with so many returners from last year’s dominant squad, reiterated at the Trinity League Media Day, and backed up in their great start on the field.

So, losing 2020 hurts for them as much as anyone else. But for all the seasons of contention during John Fitzpatrick’s tenure at SM, it’s been a long time since they needed a rebuilding year in between two of them. It would be surprising for 2021 to be any different, especially when there will be a host of talent coming back.

Returning seniors 3B Angie Yellen (committed to Washington) and C/P/IF Abbey Charpentier were All-Trinity League Selections in 2019 as sophomores on the quarterfinalist squad. The pitching duo of seniors Jayci Kruse (Missouri) and Brooke Owens (Grand Canyon) could be among SoCal’s best. More seniors will be back in IF Miranda Lista, UTIL Amanda Duffy, and OF Taylor Ankrum, and IF Izzy Lueck and UTIL Gillian Johnson could make big impacts as juniors.

The good news for the Spartans is that they will return all but three players from this past season’s 8-2 team that had beaten the likes of Saugus, Canyon, and Orange Lutheran. The bad news is, all three of those graduating seniors are stars who will be huge losses. Mikayla Klepfer (Westpoint) is one of the best catchers around, and OFs Samantha Simons (New Mexico) and Samantha Olivo (CSU San Marcos) will both be gone.

That said, the rest of the squad will be back and better than ever. That includes the great pitching rotation of star Sydney Somerndike, Autumn Roggenkamp, and Odhi Vasquez. Returning in the field will be a bunch of talent including 2B Andreya Flores, 3B Bethany Spurr, and OF Claire Duckworth, the three of whom had been their best hitters so far in 2020. 1B Mika Jones, OF Courtney Alvarado, and UTIL Riley Sandvig will also be key returners.

Lastly, Villa Park might still be in Division 2 next season depending how the Southern Section handles realignment from a canceled season. CIFSS Division 2 has a number of the better teams in not only the section but really the West Coast, such as Westlake, Beaumont, and Yucaipa, but if Villa Park stays in the second division, their championship prospects are of course higher than if they were in Division 1. The Spartans have the returning talent spread across a few classes to be in the mix next year and in seasons beyond.

These teams are also firmly planted in the discussion for who will be the best in OC next season (in no particular order): Huntington Beach, Mater Dei, El Dorado, Whittier Christian, JSerra, Edison, Esperanza.