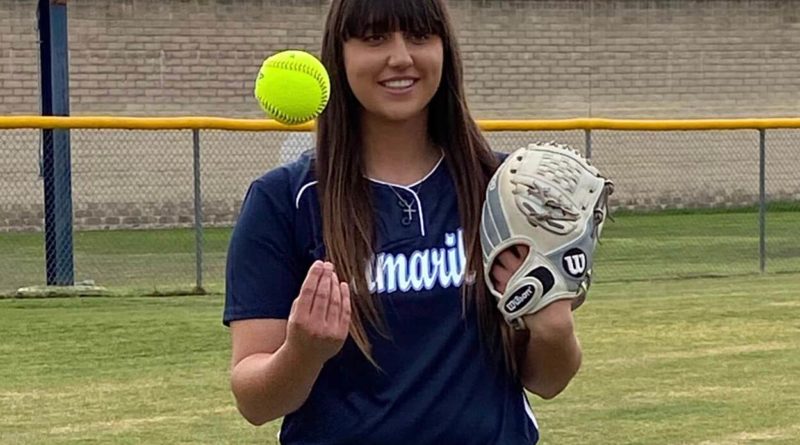 The CIF Southern Section has one of the deepest pools of high school softball talent in the country, and Ventura County is a big part of it. Many Ventura County pitchers were off to excellent starts in the first half of the 2020 season before it was canceled, and they deserve to be recognized.

Based primarily on 2020 statistics and strength of schedule, these were the 20 best pitchers in Ventura County softball in 2020. While many star pitchers are also premier hitters and position players, this list reflects only what they accomplished on the mound.

To submit a photo or nominate a player who isn’t the list, email lance@wpsblivest.wpengine.com. Players who were injured or ineligible for the start of the season can be nominated.

Arce pitched 27 of 29 innings through five games for the Lancers. She finished with 31 strikeouts and a 2.33 ERA.

Santa Paula was unbeaten through nine games, and Barrozo started seven of them. She was 4-0 with an ERA of 0.70, had 71 strikeouts in 40 innings, and only allowed a batting average and on-base percentage of .108 and .151, respectively.

With an ERA of just 0.33, Chung had the lowest ERA of any pitcher in the Southern Section with 20 or more innings pitched. She was just over the mark at 21 innings, but one total earned run given up against Simi Valley, Burroughs, Newbury Park, and Kennedy is impressive. Chung also had 33 strikeouts against only 84 batters faced.

Dugar only pitched 15 innings in three games in her sophomore campaign, sharing the circle with senior star Hannah Sattler, but she was incredibly effective. Dugar didn’t give up a single run, and ended the year with complete game shutouts of Arcadia and Newbury Park.

Unfortunately for Fontes, her senior season was cut short before it started. After transferring over the summer from Grace Brethren, the COVID-19 shutdown started before the All-American’s transfer period ended.

Still, Fontes holds a rare distinction: she committed to Arizona for college ball at 13 before even deciding where to go to high school.

Gonzalez pitched in all eight games for Agoura and had a 1.70 ERA despite a difficult schedule. She totaled 50 Ks in 37 innings.

Camarillo was scary through seven games with a 6-1 record, and Gonzalez was in the circle for five of them. She earned a win in all five games, possessed a 0.51 ERA, and struck out more than half of her batters faced on the season – 51 in 27.2 innings. Her opposing batting average and on-base percentage were both elite: .116 and .134, respectively.

Henry was one of the main catalysts of NP’s promising start to the year despite a tough schedule. She started seven of eight games she appeared in, throwing four complete games and two complete game shutouts. She finished 6-1 with a save in her only relief appearance, had a 1.62 ERA, and held hitters to under a .150 batting average.

The Lions (8-2) looked formidable through 10 games, and Kastor started six of them. She owned a 0.71 ERA with 50 Ks in 29.2 innings. Her only three earned runs allowed on the year came against Wasatch, the top-ranked team in Utah.

Peinado pitched almost every inning for the Cougars through 10 games, totaling 54.1 innings. Despite facing some tough teams, she finished with an ERA of 2.45 and an opposing batting average under .200.

Reed faced a host of very strong foes such as Hart and El Camino Real in her five appearances, and still finished with a 3.33 ERA.

Sattler appeared in six games for Royal and finished with a 1.06 ERA. She finished with 41 Ks in 39.2 innings and threw a complete game shutout.

Despite an 0-3 record, Slyker was fantastic in four appearances. She had a 1.75 ERA in 24 innings, and allowed only one run in seven innings against elite Notre Dame (Sherman Oaks).

An incredible feat for a freshman on a solid team, Smith pitched every inning through 11 games for the 7-4 Eagles. She threw 62.1 innings she held a 2.25 ERA, an opposing batting average of .169, and an opposing OBP of .196.

Smith had a 2.94 ERA in eight games including two complete games, one of which was a shutout. She totaled 37 Ks in 33.1 innings.

In six appearances, Steinkamp had a 3.45 ERA in 22.1 innings for one of the best teams in the county. She improved and adjusted as the season went on and was dominant in her last two games.