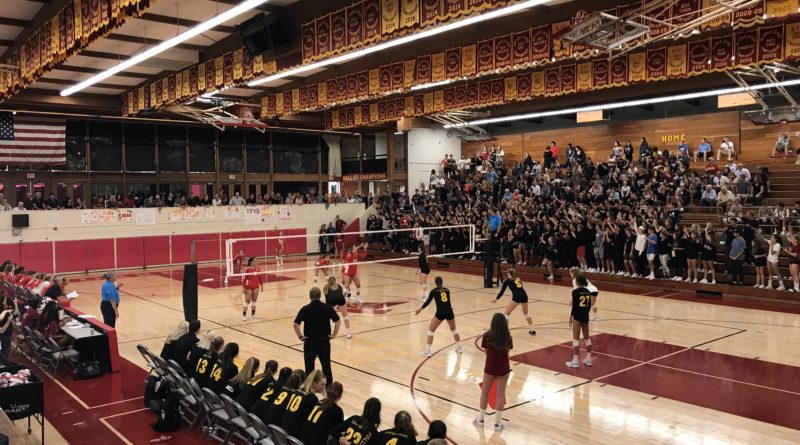 SAN DIEGO — In front of a great crowd led by the Torrey Pines student section, the two best high school girls volleyball teams in California matched up on Tuesday night.

Both Torrey Pines and Redondo Union came in ranked in the Top 10 nationally, but it was the Falcons who walked out with a big sweep.

Both teams went back and forth throughout the first two sets, with the Falcons winning the first set 25-22 and the second set 25-23. Redondo Union charged out to a 7-1 lead in the third set, forcing a Torrey Pines timeout. The Falcons regrouped by winning 24 of the next 39 points en route to a 25-22 victory in set three to clinch the sweep.

Redondo senior Nalani Iosia, a Texas commit, put on a serving clinic with the ball dipping over the net and making it extremely difficult for the Falcons to return.

Torrey Pines senior Delaynie Maple, a USC commit, was the star of the night. The Falcons set her early and often and she delivered with several kills.

Torrey Pines and Redondo Union have had recent battles in the CIF State Playoffs with the Falcons winning in five sets in 2017, and the Sea Hawks winning in sour sets in 2015. The two teams will likely meet up again before the season is finished.

Redondo Union was playing without star junior Kami Miner, who is with Team USA playing in the U-18 World Championships in Egypt.

The Falcons, now 11-0, have been dominant so far this season having won 28 sets while only dropping two. They’ll begin Avocado League play against La Costa Canyon on Friday while Redondo will travel to Leuzinger to begin Bay League play next week.