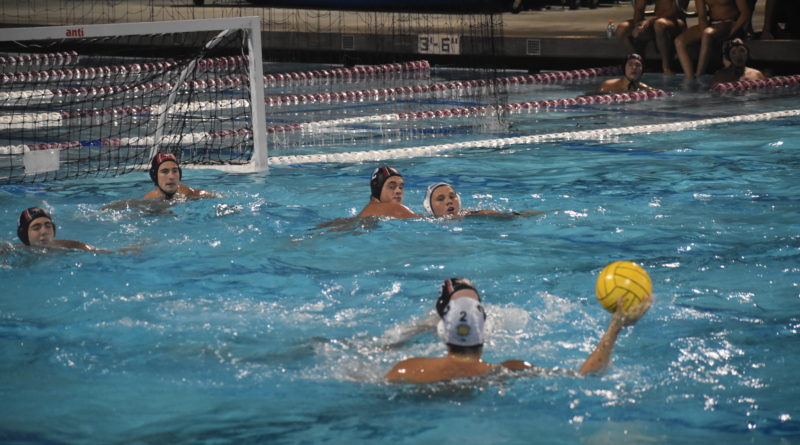 SANTA ANA– Harvard-Westlake never trailed Saturday evening against Newport Harbor, and led for almost the entire game. But they let it get as close as possible numerous times before knocking the Sailors out on a sudden death penalty shot by Nicholas Tierney. Ultimately, they stayed poised in the face of adversity and did what they needed to do to get the win 11-10 over another one of the best teams in the country in Newport Harbor, against whom they were 1-1 on the season.

The Wolverines got out to a 3-1 start in the first quarter, and that was about how the game held through almost four quarters. Harvard-Westlake never led by more than three or four points, nor did Newport Harbor ever catch all the way up until the waning minutes of the game. Every time one team would score, the other would get it back.

As a result, and the strong defense both teams were playing the whole game, it was hard to imagine either squad stringing together a few points in rapid succession, but that’s what Newport Harbor did in the fourth. At one point in the fourth they trailed 8-5, and with two-and-a-half minutes left it was 8-6. In less than a 90-second stretch, the Sailors erased the lead, and the game went to overtime.

Mot Stothart scored for H-W in the first overtime period to take a 9-8 lead, which Mason Hunt quickly got back for Newport. In the second overtime period, Cristian Pang put the Wolverines up 10-9. The Sailors erased yet another deficit on a game-tying goal from Makoto Kenney to send the game to sudden death. That was when Tierney drew a foul a couple possessions in that warranted a penalty shot, and he put it way.

Despite the last-minute fireworks, the game was quite a defensive battle overall. Nolan Krutonog had a handful of ridiculous rejections for Harvard-Westlake, and it was noticeable how much of their defensive scheming revolved around their confidence in him to turn away anything more than just a couple meters out. Blake Jackson also had a very strong night at goalie for Newport Harbor.

Tierney and Pang led H-W with three goals apiece. Stothart and Ethan Shipman had two each, and George Caras scored in the first quarter as well. The Sailors were led by Tommy Kennedy’s three goals. Kenney and Hunt had two each. Gus Oeding, Ike Love, and Gage Verdegaal all scored as well.