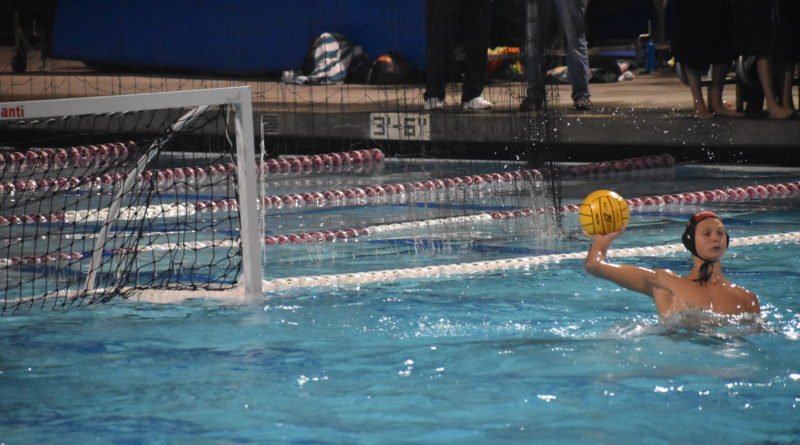 SANTA ANA– Saturday evening at Segerstrom high school, Vista sealed regional championship and appearance in the state championships. They got out to an 8-2 lead in the second quarter against a feisty Steele Canyon squad, and it was just enough to hold on and win the barnburner 17-15.

Vista was led by Cinco MacDonald and Hayden Nightingale who had five goals apiece. (Yes, the PA announcer made sure everyone was aware that it was cinco points for Cinco, who indeed wears number five.)

Goalkeeper Tyson Miller led an excellent first half defensive effort before Steele Canyon got rolling offensively late in the first half and onward. The Panthers’ defense was impenetrable for a while, with strong ball pressure and even stronger swarming action on the interior whenever Steele Canyon worked the ball inside. Before Steele got going right before halftime, they were struggling to get off any clean looks, and Miller ate up everything in sight.

Steele Canyon struggled defensively for much of the game, but tightened up enough to make it a game, and was scoring at will themselves down the stretch. The game was never closer than at the end, at which point the Cougars were on a furious scoring burst led by Trevor Moore, who had a game-high six goals. There’s a strong chance that with another minute or two of game time, Steele could’ve caught up, but that’s exactly why it’s so important to get off to a strong start. And Vista did just that.

Mason Merritt and Matt Potter also had strong performances for Vista with three goals and two goals, respectively, and strong defensive efforts. Merritt didn’t look one bit like a freshman and figures to be a dominant force for Vista a couple years from now. Kyler Calder also scored.