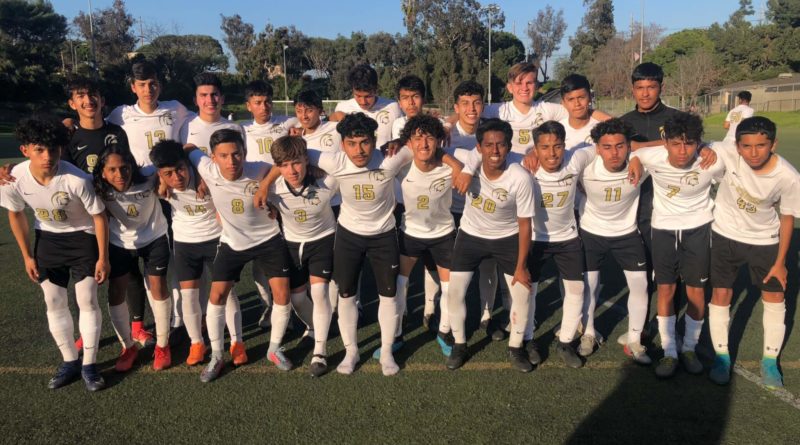 LOS ANGELES — Marquez senior striker Rafael Arzate scored two goals to secure a 2-0 win for the Gladiators over Bravo in Southern League play on Friday. With the victory, Marquez finishes the regular season at 22-2-2 and 9-0-1 in league. Below are three observations.

MARQUEZ COMES THROUGH IN MUST WIN SPOT

The number one seed in the Division 1 LA City Section playoffs could have been in jeopardy for Marquez with a loss or tie on Friday.

Gladiator head coach Jesus Gutierrez elected to rest star striker Andres Bravo in this game and in the first half, that looked like it might have been a mistake with the score tied 0-0 at the interval. But in the second half, Marquez came through thanks to Arzate.

“Our boys put an emphasis on what was riding on the game in the second half,” Gutierrez said. “We’re trying to get that number one seed. They knew we couldn’t tie that game.”

With the win, Marquez keeps hope alive to attain the top seed in the City. They’ve conceded just four goals all year.

Marquez and El Camino Real are the two teams fighting for number one. Marquez has a better record, but El Camino Real has a tougher strength of schedule. Both teams are league champions.

“We feel like the number one seed,” Gutierrez said. We’ve been very consistent. Our league isn’t the toughest, but I think we’re a legit number one. I think every year the LA side gets a little overlooked by the Valley schools.”

Sylmar, Fremont and Palisades are other teams who should lock down favorable seeds when the pairings come out on Monday.

BRAVO WILL MAKE A PLAYOFF PUSH

Bravo tied Marquez earlier this season 0-0 and fought hard on Friday in the 2-0 defeat. They’re in Division 5. The Knights competing at that level with a Division 1 team should give other Division 5 schools goosebumps.

Junior Francisco Rodriguez started at center back for the Knights this afternoon and moved to striker when his team trailed. He will be a part part of Bravo’s playoff run.