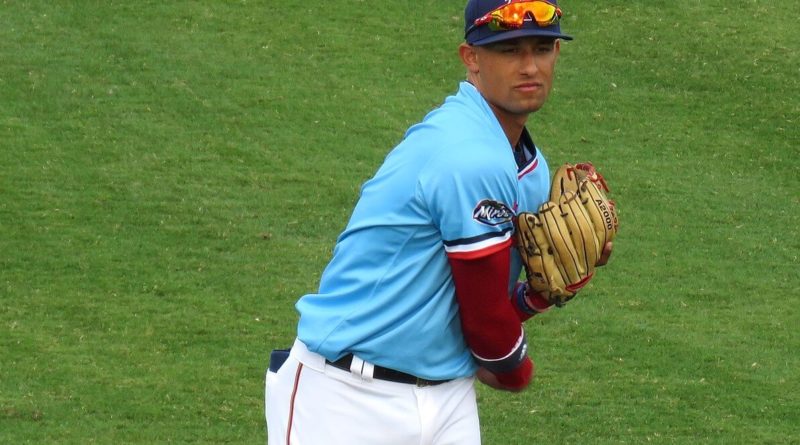 The MLB Draft will look very different this year. Normally 40 rounds, the 2020 draft has been condensed to five rounds to help cut costs amid the COVID-19 pandemic.

The first round kicks off Wednesday at 4 p.m. PT, with the final four rounds starting Thursday at 2 p.m. PT. You can watch the draft live on the MLB Network and ESPN.

There are several current and former California high school baseball stars who are expected to de drafted over the next two days, including former Casa Grande (Petaluma) star Spencer Torkelson, who is expected to go No. 1 overall. SBLive will keep you updated on all California high school players drafted over the next two days.

If Torkelson is drafted No. 1, he will become the 10th former California high school star taken with the top pick over the past 25 years. Here’s a look back at the other nine:

After playing his freshman year at San Lorenzo Valley in Felton, Pat Burrell transferred to Bellarmine in San Jose where he was a star. Burrell was named the California Coaches Association Player of the Year as a senior in 1995 after batting .369 with 11 home runs, but decided to turn down the Red Sox and attend college after falling to the 43rd round.

At the University of Miami, Burrell had one of the more decorated college careers ever. He won multiple All-American awards as a freshman and a sophomore, and as a junior in 1998 he won the Golden Spikes Award given to the top player in all of college ball. His career batting average of .442 was seventh all-time in NCAA history, and his slugging percentage of .888 was second.

Burrell went on to get drafted first overall by the Phillies after the 1998 season. He won a World Series with Philadelphia in 2008 and another with San Francisco in 2010, and finished his MLB career with nearly 1,400 hits.

Adrian González was born in San Diego as the son of a father who played on the Mexican national baseball team. A-Gon spent most of his first eight years of life in Tijuana, but his family moved back to the San Diego area (Buena) when he was eight.

Several years later, he was a star at Eastlake in Chula Vista and was projected to be a late-first round pick coming into his senior year. But Gonzaléz rose all the way to number one overall after an unreal senior line of batting .645 with 13 home runs and 34 RBIS. He was drafted by the Marlins, was traded to the Rangers whom he played for sparingly in 2004 and 2005, and broke out after being traded to the Padres before the 2006 season.

González also went on to play at a star level for the Red Sox, Dodgers, and Mets before retiring in 2018. He finished with five All-Star selections, four Gold Gloves, two Silver Sluggers, and an RBIs title.

After a remarkable career at Camarillo that culminated in a CIF Southern Section title at Angels Stadium, Delmon Young went first overall to the Devil Rays in the 2003 draft. Young made it to the big leagues in the summer of 2006, and made his MLB debut on August 28, 2006 – 10 years to the day after his brother Dmitri’s big-league debut.

Young never made an all-star team, but played several years at a high level in MLB. The peak of his career came in 2012 when he won the ALCS MVP following a sweep of the Yankees. Young also had a solid showing in the World Series, although the Tigers got swept by the Giants.

To this day, Young is the Tigers’ all-time leader in postseason home runs with nine despite only spending two seasons with Detroit. He is currently a free agent.

Coming out of Mission Bay primarily as a shortstop prospect but also as a strong pitcher, Matt Bush was considered one of the best all-around high school prospects ever. He was an elite defensive player at SS, hit .450 with 11 home runs and 35 RBIs his senior year, and also had a 0.73 ERA.

His hometown Padres took him first overall in the 2004 MLB Draft, but Bush struggled at the plate in the minor leagues from the jump. During the 2007 season, the organization converted him back into a pitcher. However, injuries and off-field issues that plagued him earlier in his career continued to derail him. He ended up spending over three years in prison from 2012-2015.

Bush finally made it to the big leagues in 2016, 12 years after being drafted. He had an excellent 2016 rookie season, going 7-2 with a 2.48 ERA, before elbow injuries slowed him down. He is still working on getting healthy and back to the bigs.

While most baseball fans know Stephen Strasburg as an MLB All-Star and one of the best pitching prospects of all time, it didn’t start off so glamorous. He went 1-10 as a junior at West Hills before recording 74 strikeouts and a 1.68 ERA in 62.1 innings as a senior, and even then he only made second-team all-league and didn’t get drafted.

Once Strasburg made it to hometown San Diego State, he was overweight and overwhelmed. His conditioning coach encouraged him to quit baseball, and he also moved back home from campus after just five days. But commitment to improving his mental toughness and conditioning resulted in Strasburg vaulting to star status on the field, and by his junior year he was one of the best pitchers in the country.

Strasburg went first overall to the Nationals in 2009, and made his MLB debut a couple months into the 2010 season. He is now a three-time all-star and the reigning World Series MVP.

Gerritt Cole was a clear-cut star as a pitcher at OLu, going 8-2 with 121 strikeouts and a 0.47 ERA in 75 innings as a senior. He was drafted late in the first round by the Yankees in 2008, but turned down a $4 million signing bonus because he was intent on going to college. Following a strong three-year career at UCLA, Cole went first overall to the Pirates, and signed with a signing bonus that doubled what he was offered in 2008.

By June of 2013, Cole debuted in the MLB and cemented his spot quickly. He made the All-Star team in 2015, 2018 and 2019, and last season he was second in Cy Young voting. As it stands, Cole is bolstering his reputation as one of the best pitchers of his generation with each year.

Since the beginning of the modern version of the MLB Draft in 1965, Brady Aiken is only the second pitcher to be taken first overall right out of high school. That happened in 2014 after wrapping up his time as a Don at Cathedral Catholic, which also coincided with a dominant gold medal run with the USA National Team at the 2013 U18 World Cup.

However, Aiken became the first top overall pick since 1983 not to sign after some health and elbow issues prompted the Astros, who drafted him, to reduce their signing offer. He underwent Tommy John surgery in spring of 2015 after finding out he had a torn UCL, and went 17th overall to the Indians in the 2015 MLB Draft. But he’s struggled in the minor leagues since then, and as of now, he may decide not to return to the Indians.

Aiken is still only 23. If he can put his elbow issues in the past and get his velocity back up to the mid-90s, he still has a shot at a successful pro career.

Before going first overall to the Phillies in 2016, Mickey Moniak had a dominant career at La Costa Canyon. He hit well over .400 as a sophomore, junior, and senior, and his senior year was his best yet. He batted .476 with a slugging percentage of .961, 40 runs, a San Diego Section record 12 triples, seven home runs, and 46 RBIs. That was enough for him to win the Gatorade California Baseball Player of the Year and the Baseball America High school Player of the Year.

Moniak was committed to UCLA, but after getting picked first overall, he signed with the Phillies. Since then, he’s been gradually rising up their minor league ranks, and as a strong AA player at the age of 22, he’s on track to have a great shot at a solid MLB career.

In 2018, Lewis was the MVP of the Midwest League (Class A). In 2019, he made the All-Star Futures Games, got called up to spend the season playing AA ball, made the Arizona Fall League, and was eventually named the Fall League MVP. He just turned 21 this month and is still widely projected as a potential MLB star down the road.