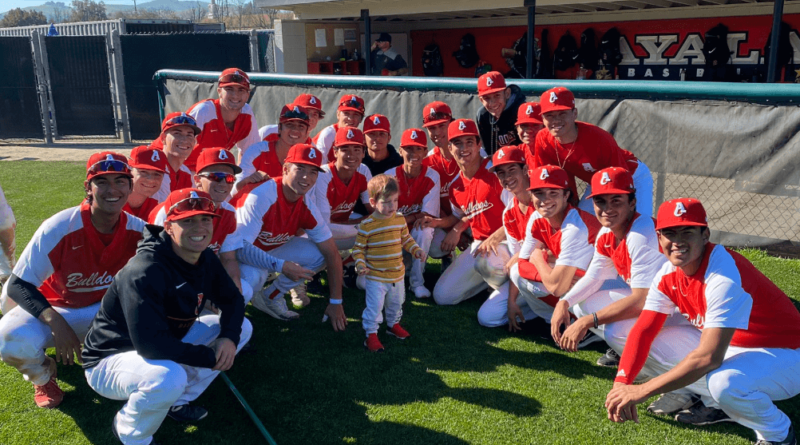 Here are Scorebook Live’s Top 25 Southern California high school baseball rankings for the week of March 2nd. Our rankings encompass the Southern Section and LA City Sections. The rankings are compiled by Scorebook Live California reporters Connor Morrissette, Bodie DeSilva and Lance Smith and will be released weekly during the regular season.

The Lancers start Trinity League play next week with a series against Mater Dei.

JSerra has a big doubleheader against Huntington Beach on Tuesday.

Great hitting has propelled Thousand Oaks to a 6-0 start.

A win over La Mirada propels the Bulldogs into the top five.

La Mirada has lost games to Orange Lutheran and Ayala.

AJ Anzai is nine for 16. He’s committed to Chapman.

Laguna Beach started the year with a sweep over Beckman.

Bonita’s best win is over Maranatha.

Corona’s one loss so far this season came against JSerra.

Damien’s only loss on the year came against Harvard-Westlake.

The Knights started the season with a sweep over Servite.

The Dolphins have lost two straight, but they beat Cypress 6-0 earlier this season, which keeps them in the top 15.

Cypress has won four games in a row.

Mira Costa has won three games in a row since dropping two to Harvard-Westlake and Damien before the win streak.

Wins over Santa Margarita and Servite put the Barons into this week’s top 25.

The Eagles have lost to Fountain Valley and Woodrow Wilson in their last two games. They will bounce back.

Freshman Ian Duarte is having a big impact for the Eagles.

Norco began the year with a sweep over Great Oak.