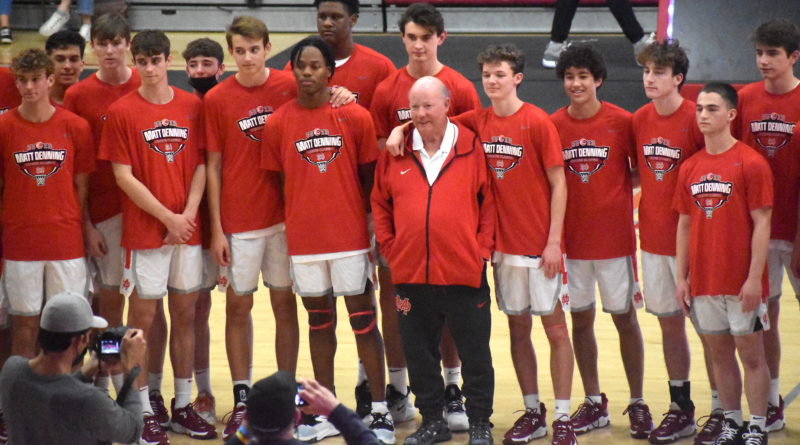 Just before the game, there was a celebration on the court of the 10-year anniversary of Mater Dei’s 2011 state championship team and head coach Gary McKnight’s 1,200th win. Come game time, Zack Davidson led the way with 25 points and eight rebounds in under 23 minutes as the Monarchs made their predecessors proud by dominating offensively in the paint.

Tee Bartlett added 15 points, three rebounds, and three assists on 5-5 shooting in under 20 minutes of action for Mater Dei. Jacob Simon led the Stallions with 19 points on 7-10 shooting, and Mark Reichner finished with 18 points and four rebounds. Here’s our complete highlight video from the game: