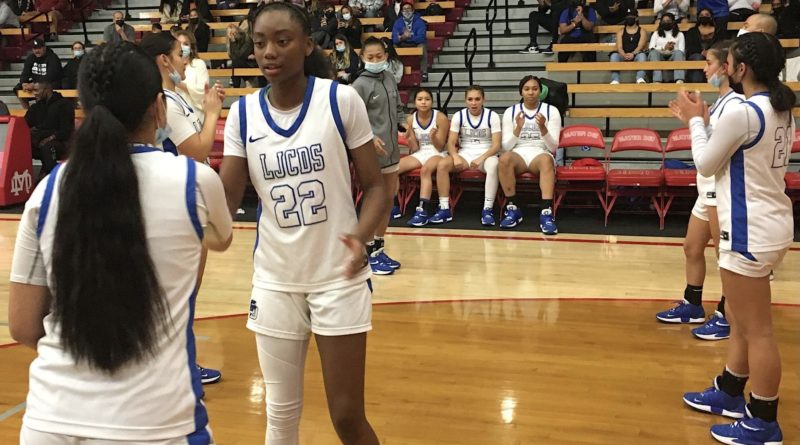 The Eagles defeated St. Lucy’s and Los Osos by a combined score of 146-24.

Breya Cunningham led the way with 24 points, 15 rebounds, and four blocks as LJCD took second place back directly from Sierra Canyon with a 73-71 victory on Saturday. It was part of the Matt Denning Nike Hoops Classic hosted by Mater Dei.

Despite losing a nail-biter to the La Jolla Country Day, the Trailblazers are still in good position to compete for CIF Open Division hardware.

The top-ranked team in Northern California for the second week in a row, Carondelet blew out a very good West County team in its lone game last week.

After a close first quarter, the Dons blew out Ontario Christian to up their winning streak to eight games.

Following a bye week, Clovis West is about to start TRAC play.

The Monarchs are coming off a bye week as well. They will be the favorite in the WCAL, but will face stiff competition from one of the conference’s stronger pools in a few years.

Like most of the other NorCal elites, Salesian is coming off a bye week too.

Centennial picked up a quality win over Mission Hills at the Matt Denning Classic. The Huskies won 66-61 despite taking on M.L. King and Santiago (Corona) in two of the three days leading up to Saturday.

Another NorCal team ranked atop its section, another bye week last week. St. Mary’s takes on Oakland Tech on Tuesday.

After surviving a close test against Orange Lutheran, the Monarchs rolled to a 75-40 win over Sage Hill as hosts of the Matt Denning Classic.

SI opens league play this week after its matchup against Valley Christian was canceled last week.

The Panthers start league play this week after taking a week off from games.

The Dragons didn’t play last week either. (Their record last week was listed as 6-0 – that was a typo.) While they should be able to take care of business, the Piedmont team they face this week is very dangerous if they don’t come prepared.

Folsom moved up a spot for its huge 10-point win over Del Oro.

The Scorpions didn’t play last week, and are now set to roll through league play.

Despite going 0-1 on the week, Mission Hills moved up a couple spots for again proving that it can play with any team in California other than Etiwanda. The Grizzlies fell 66-61 against Corona Centennial following four strong wins in previous weeks.

Getting routed from the second quarter onward and losing 81-44 against Cathedral Catholic wasn’t a great look for the Knights. However, it was the program’s first time (at least in recent history) playing a team even close to Cathedral’s caliber – and it’s Cathedral – so it’s hard to knock them too much. Especially after a 13-0 start.

While the Lions technically dropped a spot, it was not a stock-down week for them. Their only game was a 21-point win against Calabasas.

Coming off a bye week, the Sac-Joaquin Section dark horse has an opportunity for a huge statement on Saturday versus Archbishop Mitty.

The Wolves’ game last week against McClatchy was canceled.

The Warriors start WCAL play this week after a cancelation last week against St. Ignatius

While the Tigers haven’t played in a month, they tentatively hold the last spot for their great 13-1 start, with the loss coming against Ontario Christian and wins including Alemany and Redondo Union.