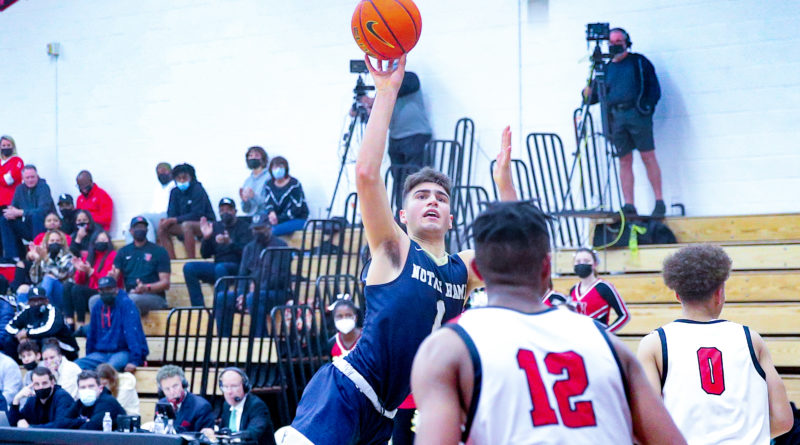 Shtzolberg, a Creighton commit, returned to the court this week after being sidelined since early December with a shoulder injury. He proved to be the difference as the Knights rallied from a seven-point halftime deficit to outscore Harvard-Westlake 46-29 in the second half.

(All photos by Craig Weston)