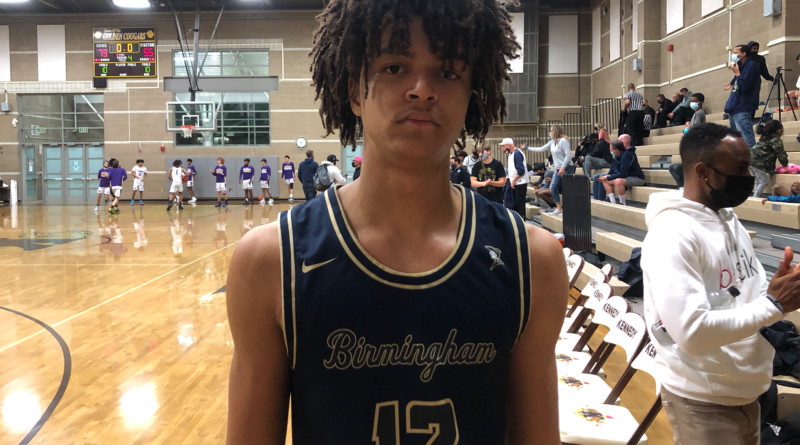 GRANADA HILLS, Calif. — The Ed Baker San Fernando Valley Invitational continued on Thursday from the Kennedy High School campus with a consolation game between Birmingham and Heritage Christian followed by semifinal action, which featured Venice vs. Valencia and Gardena vs. Grant.

Follow along below for live updates from the games below.

“Tyler stepped it up big time,” Venice head coach David Galley said. “He’s a smooth ball player. Sometimes it doesn’t look like he scores as many points as he does. He’s got a really smooth game. We’ve been telling him to shoot a lot more. He’s been pretty hesitant shooting threes in our last couple games so it was nice to see him shooting threes and get that confidence back.”

Hunt made three triples in the game and they all came in the second half. Venice trailed 32-29 at halftime.

The Gondoliers have beaten Santa Monica, Gardena, Hamilton and Birmingham so far this season. On Jan. 6, Venice looks like an Open Division team in the LA City Section. The Gondoliers have never qualified for the upper division playoffs in the program’s history.

“The expectations are high,” Galley said. “We lost in the [Division 1] City final last year to a very good Chatsworth team and we were pretty young. We brought almost everybody back.”

Venice will play the winner of Gardena vs. Grant in the championship game of the Ed Baker San Fernando Valley Invitational on Friday night.

A night after a close 62-59 defeat to Venice, Birmingham bounced back to beat Heritage Christian in a consolation game 73-55. The Patriots led the whole way and were paced by junior Kory Blunt who scored 26 points. Heritage Christian senior Barrington Hargress led all scorers with 33 points in the loss. The Warriors were without senior guard and Pepperdine commit Malike Moore in the game. Moore will miss approximately three weeks with an injury.