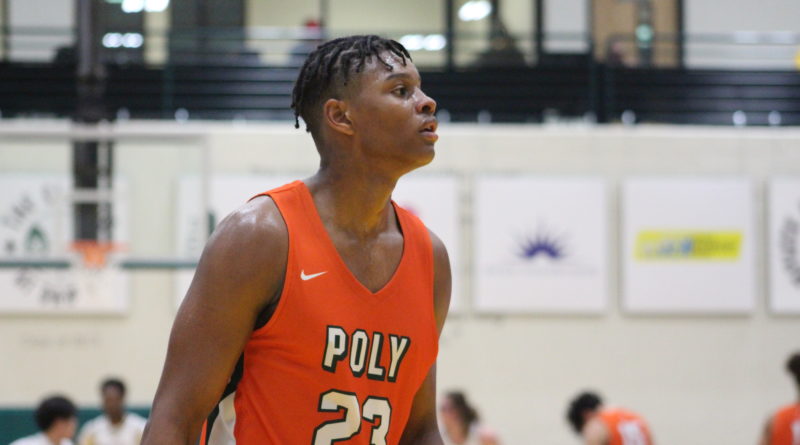 With holiday tournaments wrapped up, here’s a look at the top boys high school basketball teams in the state to begin 2022. SBLive’s statewide high school boys basketball rankings are compiled by SBLive California reporter Connor Morrissette and are released every Monday throughout the 2021-22 season.

Sierra Canyon’s lone loss this season came against Texas power Duncanville on Nov. 27. Since then, the Trailblazers have won 10 games in a row. Nine of those victories have come without star senior Amari Bailey who is battling a lower body injury. Sierra Canyon will stay at No. 1 until a team from California knocks them off.

The Huskies lost to Texas power Duncanville 75-70 at the Thanksgiving Hoopfest showcase at Dickie’s Arena in Fort Worth, Texas in November, which is their only loss on the year. Last week, they won the Platinum Division of the Classic at Damien after beating No. 15 St. John Bosco and No. 22 Etiwanda. The Huskies also beat No. 6 Crean Lutheran last week, 66-56.

The Wolverines dropped their first game of the year at Hoophall West to Mountain Pointe (Phoenix, Ariz.) 59-54 on Dec. 11. Since then, Harvard-Westlake has won three in a row. They’re a clear Open Division team in the Southern Section.

Campolindo showed off their tremendous talent at the guard position led by senior St. Mary’s commit Aidan Mahaney at the Torrey Pines Holiday Classic last week. The Cougars went 3-1 with their lone loss coming against Faith Family (Texas) 69-64. Campolindo is the No. 1 team in Northern California.

Poly is one of the biggest risers this week after beating West Ranch and No. 7 Damien to advance to the Platinum Division championship game of the Classic at Damien.

Crean Lutheran is another team that drastically raised its stock at the Classic at Damien. The Saints advanced to the Gold Division championship game with wins over Oak Park and No. 10 Rolling Hills Prep.

Damien fell to No. 5 Riverside Poly in the Classic at Damien 64-56, which was the Spartans first loss of the year. Earlier this season, Damien beat Riverside Poly 55-52.

Mater Dei has two out of state losses on the season. They open Trinity League play against No. 15 St. John Bosco on Wednesday.

Harvey Kitani clearly has his best ever Rolling Hills Prep team this season. The Huskies have beaten No. 25 Colony and No. 20 San Joaquin Memorial so far this year.

Modesto Christian has beaten No. 20 San Joaquin Memorial this season as well as a good Durango (Nevada) team twice. The Crusaders lost to unranked Clovis North 77-56 on Dec. 9, but Modesto’s top end talent of sophomore guard Jamari Phillips and junior guard BJ Davis is enough to keep Modesto Christian in the upper half of the Top 25.

Mitty is very well coached and will compete with any team in the state this season despite lacking top end talent.

St. Bernard’s best win this season came against No. 14 Bishop Montgomery. The Vikings’ three-headed monster of Darius Carr, Tyler Rolison and Jason Hart make St. Bernard a tough opponent on any given night.

St. John Bosco looked great for three and a half quarters against No. 2 Corona Centennial before ultimately losing 62-56 in the Classic at Damien. The Braves followed that performance up with two surprising losses to American Fork (Utah) and Sheldon. St. John Bosco has a lot of talent and will be a Trinity League title contender. They’re a better team than the one that finished the Classic at Damien with three straight defeats.

The Knights went 2-1 in the Classic at Damien without star senior Ben Shtolzberg, who missed the games due to a shoulder injury. With Shtolzberg (who will be back Wednesday) and star junior Dusty Stromer in the lineup, the Knights can compete with just about every team in California high school basketball.

Heritage Christian has lost to No. 14 Bishop Montgomery and No. 16 Notre Dame this season. The Warriors’ best win came against No. 18 St. Joseph 54-52.

The Knights lone in state loss came against No. 17 Heritage Christian 54-52. St. Joseph’s best win so far this year was against Clovis North, 79-69 on December 20th.

Clovis West fell to unranked Pleasant Valley last week, but wins over No. 20 San Joaquin Memorial and Clovis North are enough to keep the Golden Eagles in the Top 25.

San Joaquin Memorial has lost to No. 10 Rolling Hills Prep, No. 11 Modesto Christian and No. 19 Clovis West this season. The Panthers earned an impressive 59-56 win over No. 21 JSerra on Dec. 18.

Despite a close defeat to unranked Foothill three weeks ago, JSerra started December strong with wins over No. 22 Etiwanda and Tesoro. The Lions didn’t play in a holiday tournament due to COVID-19.

Etiwanda has had issues offensively this season. The Eagles have lost to No. 2 Corona Centennial, No. 8 Mater Dei and No. 21 JSerra, but they have Top 25 level talent led by 2022 New Mexico commit Quinton Webb.

Serra has some resume boosting wins against No. 16 Notre Dame and No. 24 Long Beach Poly this season. The Cavaliers lost to Orange Lutheran 81-68 on Nov. 20, which is their only defeat against an unranked team.

Long Beach Poly is 6-4, but the Jackrabbits showed that they can compete with top teams in the state when fully healthy at the Classic At Damien. Poly beat No. 20 San Joaquin Memorial 64-63 in the Gold Division semifinals. Early season defeats to St. Anthony and No. 23 Serra mean the Jackrabbits come in at No. 24 this week.

Colony makes this week’s Top 25 after going 2-1 in the Classic at Damien. The Titans one loss on the year came against No. 10 Rolling Hills Prep 50-43 last Tuesday. Senior Minnesota commit Jaden Henley and junior guards Kollen Murphy and Jaidyn Simpson make up a strong trio for Colony.