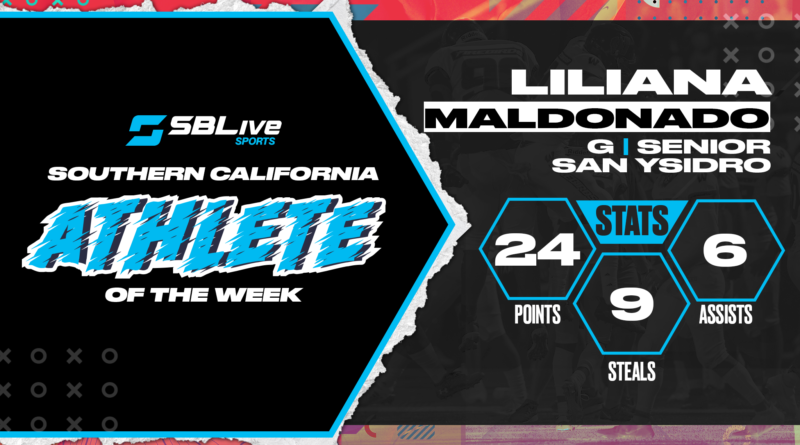 Maldonado ran away with this week’s honor, receiving 63.9% of the total vote. There were over 47,000 votes tallied this week!

Cunningham racked up 37 points, 15 rebounds and 4 assists in an 81-65 win over Lincoln (Stockton) at the Nike TOC in Phoenix.

Mbachu racked up 10 points and 16 rebounds – including 12 offensive boards – in a win over Rosemead.

Williams had 18 points and 4 assists in a 60-52 in over The Webb School at the Nike TOC in Phoenix.

Harper scored 29 and 33 points in back-to-back games – a win over Hollywood and a loss to Edison.

Rendon scored 26 points in a loss to South then dropped 17 in a win over Locke.

Keishmor totaled 25 points, 13 rebounds and 8 assists in a loss to Loyola.

Hendricks had 18 points and 11 rebounds to lead La Costa Canyon to a 67-61 win over Francis Parker.

Hall, a freshman, scored 26 points to lead Carlsbad to a 72-49 win over Mater Dei Catholic.