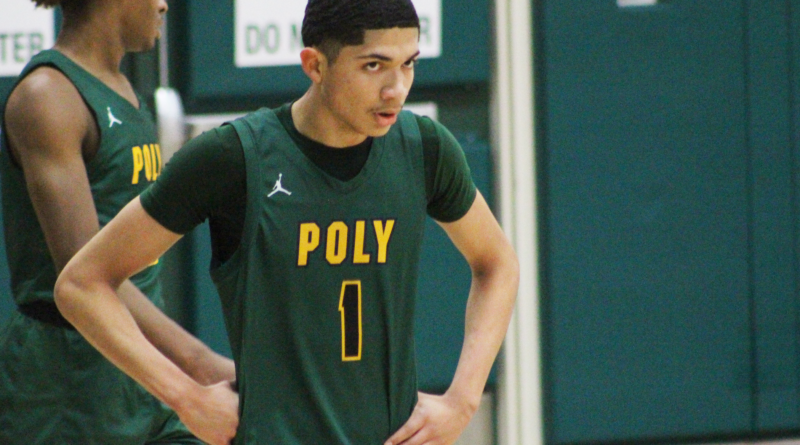 The Classic at Damien, known as the premier post-Christmas boys high school basketball tournament in the west, continued on Wednesday from the Damien High School campus with semifinal action in the Platinum and Gold Divisions.

Follow along below for live updates from the semifinal games.

Poly moves to 16-1 on the year with the win. The Bears only loss so far this season came against Damien at the Rumble for Rosecrans on Nov. 20th in a game Poly thought they should have won. The Bears dropped that one 55-52, but avenged the loss on Wednesday night.

“I’m happy for the kids and I’m happy for the program,” Poly head coach Yancy Dodson said postgame. “It’s always fun to win. Damien is who they are. It takes a little bit of enjoyment out of it knowing Coach [Mike] LeDuc. He’s someone I very much consider a mentor and friend. We’ve played each other four times over the past few seasons and he’s won two and I’ve won two. It’s no fun when you lose…Playing them in the Platinum Division of the Classic on their home court is a good win for sure.”

Dodson starts three freshman in Brayden Burries, Issac Williamson and his son Kory Dodson and even with the inexperience the Bears look like an Open Division team in the Southern Section. It’s a major accomplishment.

“If you asked me before the season if I thought we were going to be 16-1 and in the championship of the Platinum Division, if I had had to bet, I would have said no,” Dodson said. “I know on any given night if we play hard and we play unselfishly and we do the things that we practice we feel that we can compete with anybody. We have nine kids on the roster and five of them are freshmen. We start three of them and a fourth is our sixth man. It’s a pretty cool thing.”

With 5:14 to play, Centennial and Etiwanda were tied 56-56 but the Huskies ended the game on an 11-5 run to win. Dent hit a key floater with 45 seconds left, which put Corona Centennial up two possessions, 65-61.

After beating American Fork 52-37 in the Platinum Division quarterfinals on Tuesday, Etiwanda head coach Dave Klecker admitted “we haven’t been playing as well as we want to” and described his team’s offensive performances so far this season as “frustrating.”

Even though the Eagles lost, they got a monster offensive game from junior Curtis Williams who led all scorers with 27 points. Quinton Webb added 15 points. For Etiwanda, the loss will be something to build on.

Both Platinum Division semifinals came down to missed buzzer beaters. Rolling Hills Prep junior JV Brown got off a clean look from the right wing beyond the arc as time expired and it hit the back iron and bounced out giving the Huskies their first loss of the season. Crean Lutheran survived to win 54-52 and advance to play Long Beach Poly in the Gold Division championship game on Thursday.

“I’m proud of our guys,” Crean Lutheran head coach Nate Klitzing said. “They battled. Obviously Vyctorius does so much for us as our leading scorer but we have our core pieces back from last year and we know how to win in crunch time. It’s not always pretty especially after going against such a well coached team in Rolling Hills Prep.”

Han transferred from Damien in the offseason and had to sit out up until the first game of the Classic for Crean, a 65-49 win over Oak Park. Han played his best game so far in a Crean Lutheran uniform on Wednesday and it was the difference in the game.

“He’s been chomping at the bit to get out [on the floor],” Klitzing said. “This is the first game he got his rhythm back. You could see him shaking the rust off. He hit some big shots, turn around jumpers. Not too many guys can hit those.”

Crean’s win means the Saints undefeated season is still alive at 10-0. They have a shot at the Open Division playoffs in the Southern Section a year after winning Division 2A.

“So far we’ve proven we can be a contender [for an Open Division spot],” Klitzing said. “But it’s not the end all be all. We’re just trying to win one game at a time.”

Long Beach Poly survived a late comeback bid from San Joaquin Memorial to win 64-63 and advance to the Gold Division championship game. San Joaquin Memorial senior Jojo Hunter had a three rim out at the buzzer which gave the Jackrabbits the win. Freshman Jovani Ruff paced Poly with 21 points. Hunter also finished with 21.

Long Beach Poly led 53-44 after three quarters. San Joaquin Memorial fought back and both teams exchanged one point leads in the final minutes. With under two minutes to play, Jackrabbits senior Marcel Hayes hit four clutch free throws, which helped clinch the victory. Poly will play the winner of Crean Lutheran and Rolling Hills Prep in the title game.