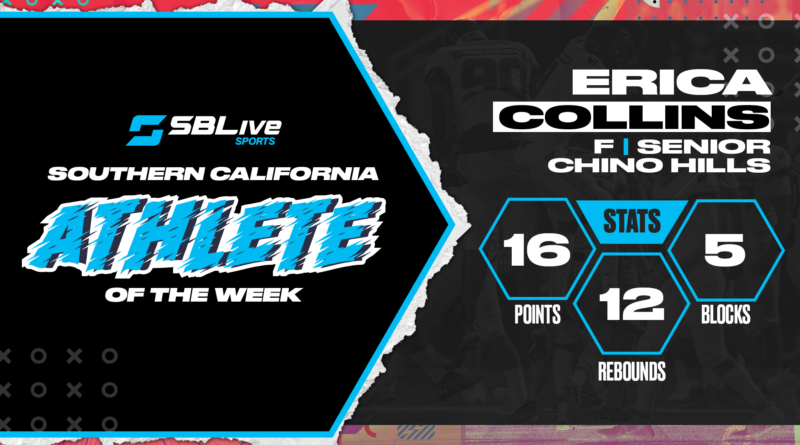 The senior had a double-double of 16 points and 12 rebounds to go along with five blocks against Upland on Friday.

Collins ran away with this week’s honor, receiving 67.3% of the total vote. There were over 24,000 votes tallied this week!

Landrum had 35 points and ten rebounds to help the Falcons to a 69-66 win over Mission Hills.

Marmolejos had 72 points over three games for the Warriors last week.

Gonzalez had 24 points and 17 rebounds in last week’s loss to Mission Vista.

Behrend had 55 points and made 13 three-pointers in two games last week against Rancho Bernardo and Linfield Christian.

Macias averaged 28 points per game over three games last week for the Lions.

McNair averaged 18 points and seven rebounds per game in three wins last week for the Lions.

Kremer had 25 points and four steals in last week’s win over University City.

Williams had 12 points and 12 rebounds against San Dieguito Academy last week and has now recorded double digit rebounds in all eight games.

Long had 45 points and 14 rebounds in Saturday’s game against Sunrise Mountain (AZ).

Hodges had 26 points and 11 rebounds in last week’s win over Hoover.