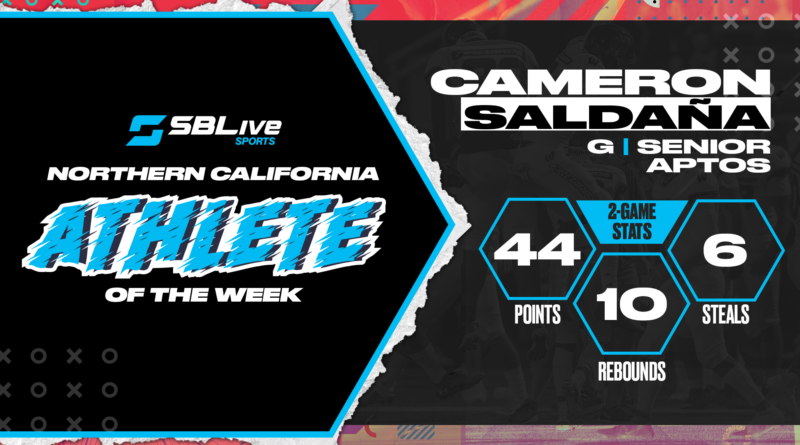 In two wins last week against Salinas and Carmel, the senior averaged 22 points, five rebounds, and three steals per game.

In a 75-15 rout of Homestead, Cheli outscored the opposition with 20 points.

Lain led the Falcons to a 2-0 week averaging 16.5 PPG on 48% shooting and 64% EFG, plus four rebounds, seven assists, and three steals per game.

In a pair of wins last week, Rodriguez scored 38 points on 18-29 shooting and totaled 10 assists and 14 steals.

In two wins last week, Ayalasomayajula posted a total of 36 points on 12-18 shooting.

Villanueva led the Mariners to a 2-0 week with totals of 42 points on 16-23 shooting (5-9 from three), seven rebounds, six assists, and 12 steals. Trey Knight also had a great week for Moreau.

In Berkeley’s only game last week, Miller dropped 31 points in a 30-point win over Windsor.

Hoffman scored 21 points in a close win over Jesuit in Rio’s only game last week.