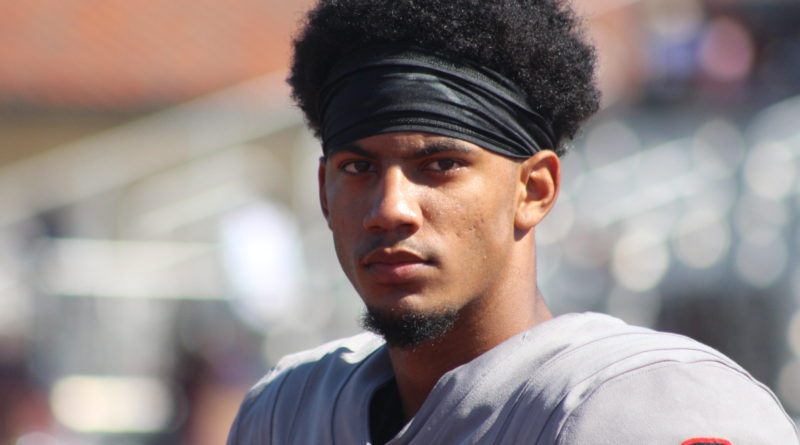 Southern California – and the CIF Southern Section in particular – is loaded with elite high school football players. From Servite quarterback Noah Fifita to Corona Centennial defensive back Jaden Mickey, there were dozens of standout performers in the Southern Section this season.

With that in mind, here are the best of the best: SBLive’s 2021 All-Southern Section high school football team. The team was compiled by SBLive reporters Connor Morrissette and Lance Smith and honors 25 athletes.

Fifita, an Arizona signee, completed 206 of 334 passes (61.7%) for 2,974 yards, 34 touchdowns and eight interceptions this season. His running ability separated him from the rest of the top QB’s in the Section as he had 93 carries for 496 yards and nine touchdowns.

Heading into this season, St. John Bosco had made the upper Division championship game in the Southern Section every season since 2013. Servite took on St. John Bosco in the Division 1 semifinals this fall and won 40-21. Fifita rushed for 136 yards and three touchdowns in the game. The performance clinched his place on the All-Section team.

Brown was the most electrifying back in California high school football this season. Going up against one of the toughest schedules in America, Brown finished the season with 1,062 yards and 12 touchdowns. The USC signee was a workhorse for the Monarchs in the playoffs and one of the main contributors to Mater Dei’s Open Division state championship title.

Running Back: Zach Gross – Rim of the World – Junior

Gross led the Southern Section in rushing yards with 2,311 for a Rim of the World team that went 8-2 and qualified for the Division 11 playoffs this season. He was the only Southern Section back to average over 200 yards per game this year (231.1). Gross also scored a Section high 35 touchdowns. Defensively, he snagged three interceptions and made 38 tackles.

McMillan, an Arizona signee, caught 88 passes for 1,302 yards and 18 touchdowns this fall. But what separated him from the rest of the Player of the Year candidates was his play on defense. Lining up as a defensive back for the first time in his career, McMillan snagged eight interceptions and made 35 tackles.

Williams excelled at getting into the end zone this fall scoring 12 touchdowns in 12 games. Overall, he caught 46 passes for 775 yards. Williams was the No. 1 receiving option for the state’s top team which earned him a place on the All-Section team.

Uiagalelei continued to be a matchup nightmare this season so much so that when St. John Bosco played Mater Dei in the regular season, the Monarchs decided to put star receiver CJ Williams on Uiagalelei for a series. Uiagalelei finished the season with 24 catches for 335 yards and six touchdowns. He’s a tremendous blocker who also starts on the defensive line. Uiagalelei made 21 tackles with six coming for loss this year.

Tolo moved over to center from guard this season and anchored an offensive line that was one of the best in the nation. Expect the junior to be even better a year from now after having another offseason to work on snapping.

No offensive lineman raised their stock more than Carter this season. As a first year starter at left tackle he came in and dominated for Mater Dei from game one when he kept five star defensive lineman Omari Abor in check in Mater Dei’s 45-3 season opening win against Duncanville (Texas). Carter is the next great California offensive lineman.

Moe was voted the Moore League Offensive Lineman of the Year after helping lead Long Beach Poly to a league title and Division 4 Southern Section championship. He also made 30 tackles as a defensive lineman with 14 coming for loss. Moe is committed to Morgan State.

Wooten was the leader on a Sierra Canyon offensive line that powered one of the top rushing attacks in California high school football this season. Wooten is an Oregon Ducks signee.

Graham came into the season with little Power 5 recruiting interest and ended the year signing with Michigan. He made 67 tackles and had 14 sacks while playing offensive line as well. Going both ways in the best league in the country and still producing at the level Graham did is an exceptional achievement.

Kanu made 55 tackles this season and had 19 tackles for loss. He’s announcing his college commitment at the All-American Game in San Antonio on January 8th. Kanu will decide between Georgia, Notre Dame, Ohio State and Notre Dame, among other schools.

Satele put together an incredible season for St. John Bosco. He made 89 tackles with 15 coming for loss.

Bailey has always had incredible ability, but prior to this season injuries kept him off the field from time to time. Not even a broken wrist could stop Bailey this year as he played through the injury to lead Mater Dei to Section and State titles. Bailey, a Stanford commit, had 14.5 sacks this season with his most important one coming in Mater Dei’s 21-16 Division 1 Southern Section semifinal win over Corona Centennial. Bailey strip-sacked Husky QB Izzy Carter which led to the Monarchs game-winning touchdown.

Al-Uqdah had a monster season for Inglewood leading the Sentinels to an 11-1 record and Division 2 Southern Section semifinal appearance. In Inglewood’s 26-10 opening round playoff win over previously undefeated St. Bonaventure, Al-Uqdah made tackle after tackle including a key fourth down stop at the end of the first half that ended any chance the Seraphs had of taking momentum into the locker room at halftime. Coming into the game, St. Bonaventure running back Delon Thompson had scored at least one touchdown in all nine St. Bonaventure games. Al-Uqdah and the Inglewood defense kept him out of the end zone in the game. Al-Uqdah signed with Washington State on the first day of the early signing period.

Brus was the top talent in the San Gabriel Valley this season. The Northwestern signee made 125 tackles with 22 coming for loss. He also had an interception and forced two fumbles. On offense, Brus rushed for 983 yards and 17 touchdowns. On special teams, he returned a punt and a kickoff for a score for a Glendora team that went 11-1 and advanced to the Division 3 semifinals.

Back in August, Sierra Canyon head coach Jon Ellinghouse told SBLive: ” Kamari is the best safety in the state in my opinion. I think he’s a future NFL product. He’s smart, athletic and physical.”

This fall, Ramsey made 58 tackles and had two interceptions. He also recovered two fumbles and forced one for a Sierra Canyon team that advanced to the Division 2 semifinals. Ramsey signed with UCLA on the first day of the early signing period.

Sidney, a Cal signee, had the best season out of any defensive back in California high school football this season. He may not have snagged an interception, but he did make 38 tackles and held his own against some of the top receivers in the country in single coverage. When Domani Jackson hurt his knee in early September and Mater Dei announced that he’d miss the remainder of the season, it looked like the Monarchs would have a gaping hole in their secondary. Sidney made sure that wasn’t the case.

Hunter picked off two passes this season and made 47 tackles. He’s an incredibly smart football player who always seems to be in the right place at the right time. Hunter is committed to San Diego State.

Centennial had a defensive backfield that only Mater Dei could rival this season and Mickey was the leader of the group. The Notre Dame signee had two interceptions this season and made 43 tackles. He’s an incredibly hard hitter who is also a special teams weapon. Mickey returned a kickoff for a touchdown against Norco in the regular season.

Only one team held Mater Dei without a passing touchdown in a game this season: Corona Centennial. Butler was exceptional in that game even though it ended in a 21-16 defeat for the Huskies. He broke up multiple passes in the game including a would-be touchdown pass and laid a huge hit on CJ Williams. Overall this season, Butler made 46 tackles and had an interception. Butler signed with San Diego State last week.

Meyer connected on all 61 extra points he kicked this year and was also a threat kicking field goals. He consistently kicked touchbacks and pinned opponents deep in their own territories on lofted kicks that didn’t go into the end zone. Meyer has received scholarship offers from Colorado State and USC.

Barry is committed to UCLA. He averaged 41 yards per punt this season.

Chesney is committed to Air Force. He’s one of the top long snappers in the country. Chesney also plays linebacker for Aliso Niguel and he will be playing in the All-American Bowl on NBC in 2022.

Dickerson put up incredible special teams numbers this season. He returned four kicks and four punts for touchdowns. Dickerson was also a 1,000-yard receiver for Lompoc catching nine touchdowns and as a defensive back, he had an interception and made 41 tackles. Dickerson is committed to Idaho State.